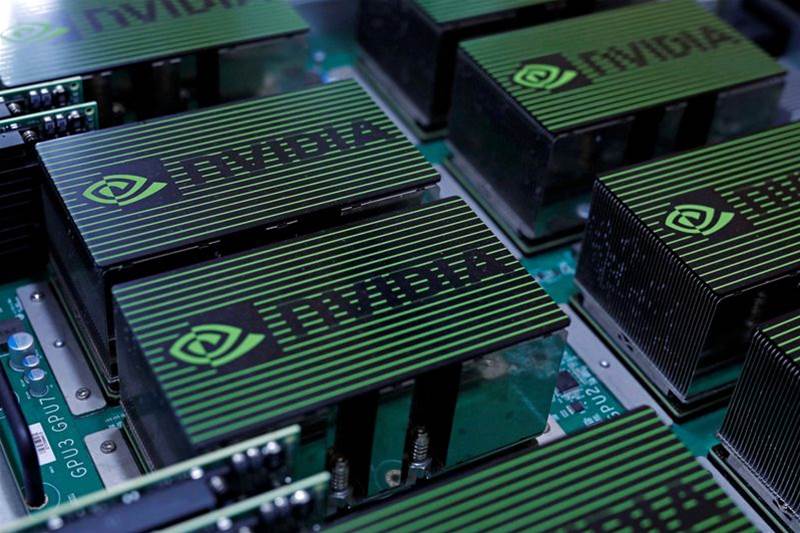 Graphics chip designer Nvidia Corp on Wednesday forecast a sharp drop in revenue in the current quarter on the back of the weaker gaming industry, knocking its shares down about 5 percent in after-hours trading.

The company expected third-quarter revenue of US$5.90 billion (S$8.2 billion), down 17 percent on the year, but said the declines would be partially offset by data centre and automotive business growth.

Nvidia graphics chips called GPUs have been used for cryptocurrency mining and sales have taken a hit as the crypto market has crumbled.

Analysts have been concerned about a slowdown in data centre growth, which has supported chip sales.

Nvidia Chief Executive, Jensen Huang, said on an earnings call that Chinese cloud service providers' infrastructure investment had slowed a lot in the second quarter, but this had been offset by strong growth in the United States.

The company's second-quarter revenue of US$6.70 billion was significantly lower than the US$8.10 billion Nvidia forecast in May.

The gaming industry has been showing signs of weakness as consumers pull back from discretionary purchases such as video-gaming gear amid decades-high inflation.

Nvidia said it took a US$1.34 billion charge in the second quarter as it wrote down inventory built up when it thought the gaming and data centre markets would be much stronger.

"I know the demand is strong, but we expected the demand to be even stronger," Huang told Reuters about the write-down of data centre inventory.

Huang told analysts on the call that the company also faced supply chain challenges that prevented it from selling more systems to data centres.

"We're seeing great demand for GPUs in the cloud," Huang said on the call. "We were challenged this quarter with a fair amount of supply chain challenges."