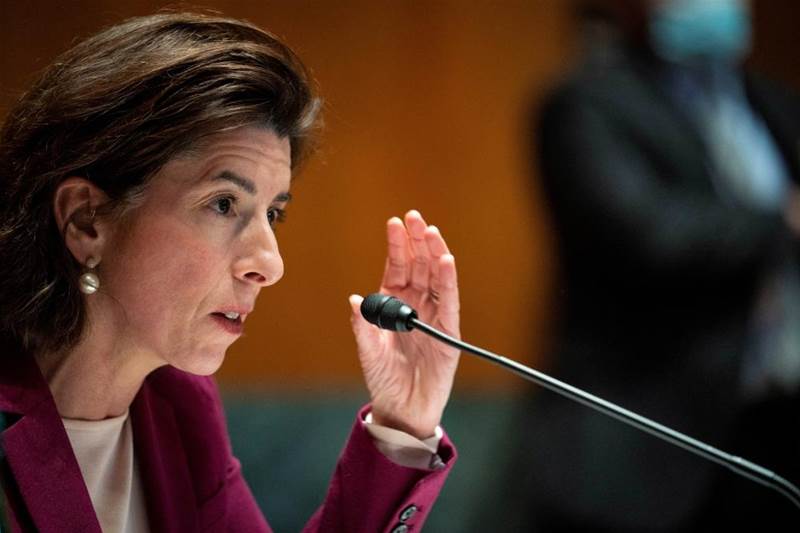 Senate backed 64 to 34 measure setting the stage for potential votes.

The US Senate on Tuesday voted to move ahead with a slimmed-down version of legislation to provide billions of dollars in subsidies and tax credits for the semiconductor industry, hoping to ease a shortage that has disrupted production in industries from automobiles to electronics and high-tech weapons.

The Senate backed 64 to 34 a procedural measure setting the stage for potential votes to pass the legislation in the Senate and House of Representatives by the end of next week.

The bill is part of a broad effort across the government to push back against a rising China and ease supply-chain problems, in this case by decreasing US companies' reliance on foreign-made semiconductors.

The final text was not released before the procedural vote, but Senate aides said the measure includes about US$54 billion (S$75 billion) in subsidies for US semiconductor companies, as well as a new, four-year 25 percent tax credit to encourage companies to build plants in the United States.

The tax credit is estimated to be worth about US$24 billion.

Officials from President Joe Biden's administration had urged Congress to pass a semiconductor bill before leaving Washington for their annual August recess, saying it would not only create and preserve US jobs, but also bolster national security.

Semiconductor companies have also been clamouring for action.

Intel Corp said in January it would spend US$20 billion on a factory in Ohio after breaking ground on two new plants in Arizona last year.

That could grow to US$100 billion with eight total fabrication plants and would be the largest investment on record in Ohio, Intel Chief Executive Pat Gelsinger said in January.

However, he added that without government funding, "it's just not going to happen as fast and it's not going to grow as big as quickly."

"Today's vote is really about whether we're going to stop shipping jobs overseas, and instead invest in American R&D.

If we invest in American R&D, then we will see the plant being talked about in Ohio get built instead of being immediately built in Europe," she said.

Many major weapons systems also require sophisticated computer chips. For example, Javelin missile systems made by Raytheon Technologies and Lockheed Martin Corp each contain 250 microprocessors. These systems have been in high demand by Ukrainian soldiers as they work to repel the Russian invasion of Ukraine, an action that Moscow calls "a special operation".

The current bill is a pared-down version of rival measures in the Senate and House that stalled before becoming law, even though efforts to counter China are policies generally backed by both Republicans and Biden's Democrats, who narrowly control Congress.

The Senate approved a bipartisan US$250 billion bill boosting spending on technology research and development in June 2021, one of the first major pieces of legislation passed after Democrats gained their slim control of the chamber.

However, the legislation was never taken up in the House, which earlier this year passed its own bill with almost no Republican support.

That measure included provisions to boost chipmakers, but also billions of dollars for other supply chains and the Global Climate Change Initiative, which Republicans oppose