Taiwan invests in next generation of talent with new chip schools 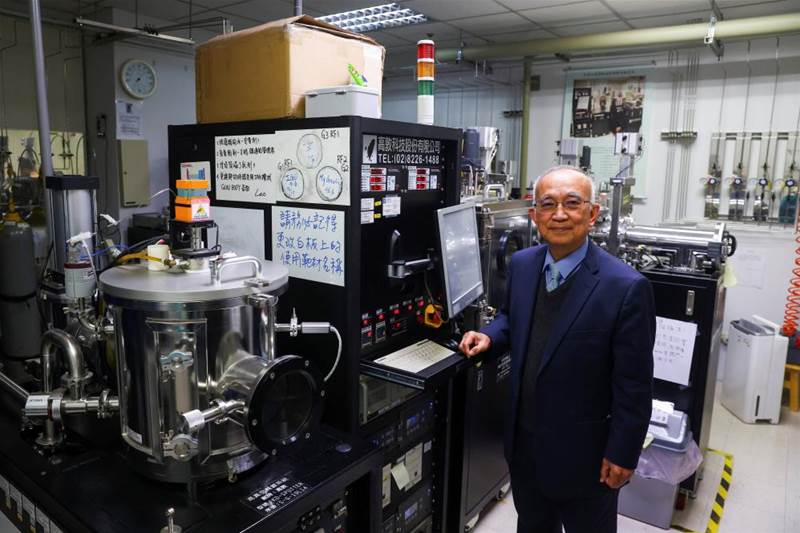 Taiwan is racing to set up specialised "chip schools" that run year-round to train its next generation of semiconductor engineers and cement its dominance of the crucial industry.

The plan, championed by President Tsai Ing-wen, comes as chip companies plough billions of dollars into capacity expansion to make the "brains" that power everything from smartphones to fighter jets, amid a global shortage.

Chip giant TSMC this year alone will spend up to US$44 billion and hire more than 8000 employees.

Jack Sun, who retired as TSMC's chief technology officer in 2018 and became dean of one of the new semiconductor graduate schools last year, told Reuters that chip companies need a lot more and better talent to compete on the global stage.

"Indeed, I'm devoting some of my golden years to talent development," Sun said with a laugh, before pointing out that his former TSMC colleague Burn Lin is older and the dean of another chip school.

"In the cultivation of semiconductor talent, we are racing against time," Tsai said in December at the unveiling of National Tsing Hua University's College of Semiconductor Research.

Taiwan's government has partnered with leading chip companies to pay for these schools. The first four were established at top universities last year, each with a quota of about 100 master's and PhD students, and another has been approved, the education ministry said.

"I specifically requested these schools stay open year-round, without winter and summer breaks, so that we can quickly produce talent," Tsai said at another unveiling.

The chip talent shortage is a top concern for the government, which considers the industry critical to economic growth and national security, especially as China steps up military pressure to assert its sovereignty over Taiwan.

Even before the global chip shortage, companies worried a talent crunch could hobble the booming industry, said Terry Tsao, president of the SEMI Taiwan industry group.

In September 2019, Tsao and about 20 Taiwanese and foreign chip executives met with Tsai and urged the government to address the issue.

"Everyone thinks this is the top priority," Tsao said.

Now, as countries pledge billions for domestic chip production and companies scramble to build new plants, the need for people to design, manufacture and test chips has intensified.

In the fourth quarter of 2021, there were close to 34,000 chip industry job openings a month on average on 104 Job Bank, a popular Taiwan recruitment platform, about 50 percent more than a year earlier, according to data provided by 104.

Although demand for workers has soared, Taiwan - with one of the world's lowest birth rates - has been producing fewer engineers over the past decade. Even fewer are enrolling in the doctoral programmes that best prepare engineers to develop breakthrough technologies.

Competing over a limited pool, Taiwan companies have rolled out higher wages, longer parental leave, billboard ads and scholarships to poach engineers from other firms and recruit fresh talent from campuses.

Taiwan can no longer sustain local industry's needs, and foreign competition will further affect its long-term research and development (R&D) talent development, said chip designer MediaTek, which this year plans to recruit more than 2000 R&D employees and double its number of summer interns to lock in talent earlier.

Companies are also looking abroad. Taiwan chipmaker United Microelectronics, which plans to recruit more than 1500 new employees in Taiwan this year, told Reuters it is expanding its overseas recruitment channels.

Last May, Taiwan passed a regulation to make it easier for schools and companies to collaborate in key fields of national interest, paving the way for chip schools.

The looser rules allow these schools to bring in corporate funding and increase faculty pay.

Beyond funding, companies will help design curricula, send executives to give talks, and provide chip experts to teach courses and advise research projects.

As chip technology develops rapidly, "there is a gap between what you study and what you need to use at the company," said Su Yan-kuin, dean of the chip school at National Cheng Kung University, in his office, while workers assembled beams next door.

"We work closely with industry, connecting industry and academia, thus narrowing the gap."

Lin Chun-yu, 24, an incoming PhD student at Su's school, will receive US$1,411 a month, a stipend PhD students in Taiwan do not typically get.

"Close collaboration with the industry now will be very helpful for my studies and for employment," he said.

While some in Taiwan are concerned a singular focus on semiconductors will come at the cost of other industries, others say such costs are necessary.

"It will create imbalances in the ecosystem," said Yeh Wen-kuan, director of the Taiwan Semiconductor Research Institute, about the chip schools attracting students from other fields.

"But there's no other choice right now. Taiwan's lifeblood, you have to first hold onto it. If you don't hold onto it, how can you let Taiwan's economy progress?"