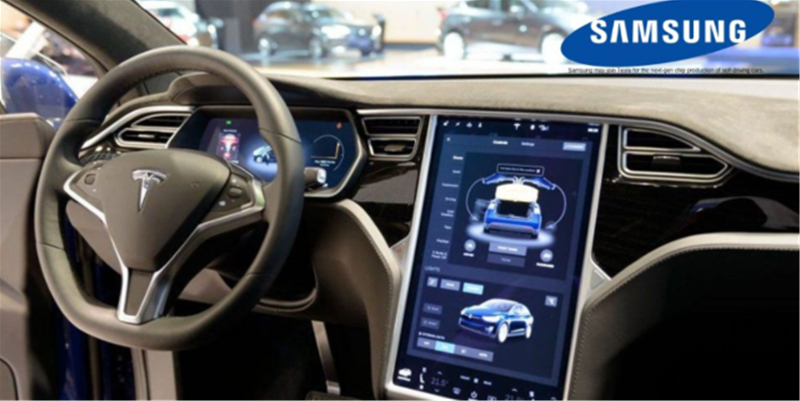 Samsung Electronics is expected to partner with Tesla to use the company’s 7-nanometer chips in the automaker’s HW 4.0 self-driving system and next generation of self-driving cars.

Tesla and Samsung’s foundry division have been working together on the design and samples of the chip since the start of this year. While Tesla has an in-house chip design team, it has decided to outsource the HW 4.0 self-driving chip to Samsung, in a win for the Korean chip manufacturer.

Tesla has been reported to be in earlier discussions with Taiwan Semiconductor Manufacturing Company (TSMC), the world’s largest foundry, on the chip for the HW 4.0 self-driving system.

According to the Korea Economic Daily, negotiations between Samsung and Tesla are now close to completion and Samsung is expected to beat TSMC to win the project.

Samsung plans to mass produce the HW 4.0 chip at its Hwasung plant at the end of this year.

In the first half of 2021, Samsung is currently second in the global semiconductor contract manufacturing market with 17.3% market share, behind TSMC which has 52.9%.

Tesla is purported to produce 1.3 million self-driving cars by next year. The automaker had faced delays and had to upgrade the hardware suite twice. The company recently added its latest hardware version, the FSD Computer, consisting of a homegrown chip design also produced by Samsung.

Tesla’s Cybertruck is expected to be launched in 2022

HW 4.0, dubbed the FSD Computer 2, is a successor to the HW 3.0 chip currently used in Tesla’s vehicles.

Tesla's Hardware 4 computer is expected to be released in about a year, CEO Elon Musk said to the public during the company's recent AI Day in August. The new chip is linked to the much anticipated launch of Tesla’s Cybertruck.

Musk said he was confident the FSD Computer can enable drivers to achieve full self-driving “at a safety level much greater than a human, probably at least 200-300% better than a human.”