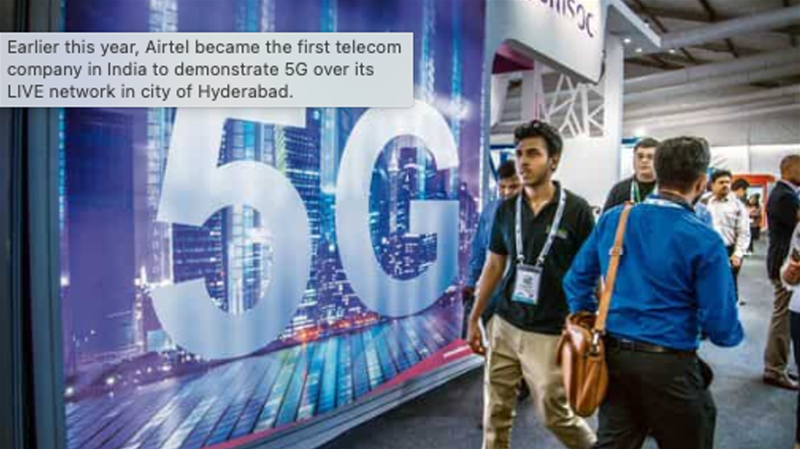 While India has been behind in 5G, the gloves are off and the partnership will pit both companies against rival Reliance Jio.

Bharti Airtel and Tata Group in India are partnering in a pilot to roll out 5G across India in January next year, based on guidelines set by the government of India.

This is the first time a mobile operator has tied up with an Indian conglomerate for the development of RAN on 5G networks.

Tata Group has developed a ‘state of the art’ O-RAN based Radio & NSA/SA Core and has integrated a totally indigenous telecom stack, leveraging the Group capabilities and that of its partners.

Tata Consultancy Services will bring its global system integration expertise and helps align the end-to-end solution to both 3GPP and O-RAN standards, as the network and equipment are increasingly embedded into software.

These ‘Made in India’ 5G product and solutions are aligned to global standards, and interoperate with other products based on standard open interfaces and those defined by the ORAN Alliance.

India will be the world’s second largest telecom market

The 5G solutions, once commercially proven in Airtel’s diverse and brownfield network will open export opportunities for India, which is now the second largest telecom market in the world, both companies said in a press release.

Airtel is a Board member of the O-RAN Alliance and is committed to explore and implement O-RAN based networks in India. Earlier this year, Airtel became the first telecom company in India to demonstrate 5G over its LIVE network in city of Hyderabad. The Company has started 5G trials in major cities using spectrum allocated by the Department of Telecom.

The partnership will go head-on against the Mukesh Ambani-led Reliance Jio, who is similarly developing digital platforms and a next-generation 5G stack. Jio is currently working in collaboration with Qualcomm to introduce 5G in the second half of 2021.

India has been playing catch up in global 5G implementations. While the Indian government is still considering 5G trials, countries like China, South Korea, and US are already ahead in 5G deployments.

Analysts say India has traditionally been a laggard in telecom technologies, with 4G only launched four years after the developed countries and 3G eight years behind.

The gap is however closing. "In the case of 5G, India's development will be linked to affordable equipment, spectrum pricing, increasing use cases, and revenue opportunities,” said Motilal Oswal Financial Services in a 5G report.