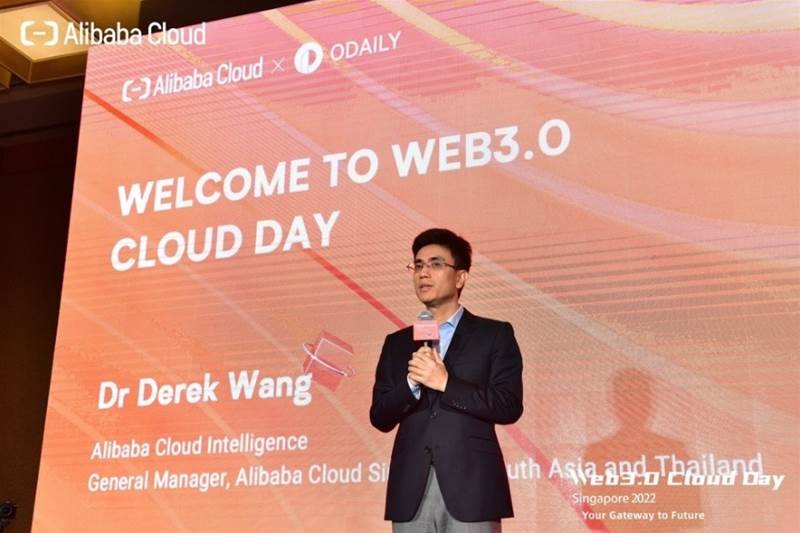 Beta testing with 100 users and hackathons are planned in preparation.

Built to support the growth of the evolving Web 3.0 ecosystem, Alibaba Cloud, the digital technology and intelligence backbone of the Alibaba Group will launch its first Blockchain Node Service in the first quarter of 2023.

Around 100 initial users would be recruited for the beta testing. Along with that, a series of Web 3.0 Hackathons are planned in Singapore, Japan, Thailand, and Hong Kong early next year.

The blockchain PaaS (platform as a service) is built to help developers reduce operational and maintenance time when building and deploying products.

This will support the growth of the Web 3.0 ecosystem and better serve developers with Alibaba Cloud’s infrastructure.

The node-hosting service has the capability to actively monitor the nodes and, in case of an outage, automatically switch between nodes, by leveraging Alibaba Cloud’s scalable, high-performance and strong infrastructure.

This ensures that the blockchain service does not require any hands-on monitoring and mitigation. As a result, developers can concentrate on product development and speed up the product roll-out process.

With Alibaba Cloud’s world-class security and global compliance capabilities, the blockchain node service is backed with a security infrastructure that can detect intrusion and defend against attacks on the nodes.

In preparation for the launch of the Blockchain Node Service early next year, Alibaba Cloud has started to work with partners to offer scalable, highly efficient and secure infrastructure to help build the Web 3.0 ecosystem and work with a global community of developers.

Alibaba Cloud has recently expanded its line of infrastructure technology and intelligence tools to the Avalanche public blockchain, which is a proof-of-stake blockchain.

This enables users to launch validator nodes through the service and access computing, storage, and distribution resources through Alibaba Cloud’s suite of products in Asia.

It is also working with PlatON, a next-generation internet infrastructure protocol based on the fundamental properties of blockchain and supported by the privacy-preserving computation network.

Alibaba Cloud Intelligence’s Head of International Industry Solutions and Architect, Raymond Xiao, said the popularity of the node has grown significantly in Asia, driven by the increasing demand from enterprises for tools to simplify complex inter-silo dependencies.

Alibaba Cloud Singapore, South Asia and Thailand, General Manager, Derek Wang, said Web 3.0 is currently at its early development stage and it is the “next generation of the Internet”.

This is why it is being embraced by users, especially in Southeast Asia, he added.

“Alibaba Cloud’s strong infrastructure across APAC and global leading security and compliance capabilities put us in a strong position to support the growth of the Web 3.0 ecosystem. We are committed to better serving customers for exploring new business opportunities, and consumers for a more user-friendly and immersive experience,” Wang said.

As a global leading IaaS (Infrastructure as a Service) and PaaS provider, Alibaba Cloud aims to provide robust, secure and high-performance technology platforms and intelligence tools for worldwide Web 3.0 developers to build their own applications, for example in the metaverse, or into gaming and social media.

Alibaba Cloud launched the "Cloud ME" hologram powered by its real-time communication (RTC) solution during the Olympic Winter Games in Beijing in 2022.