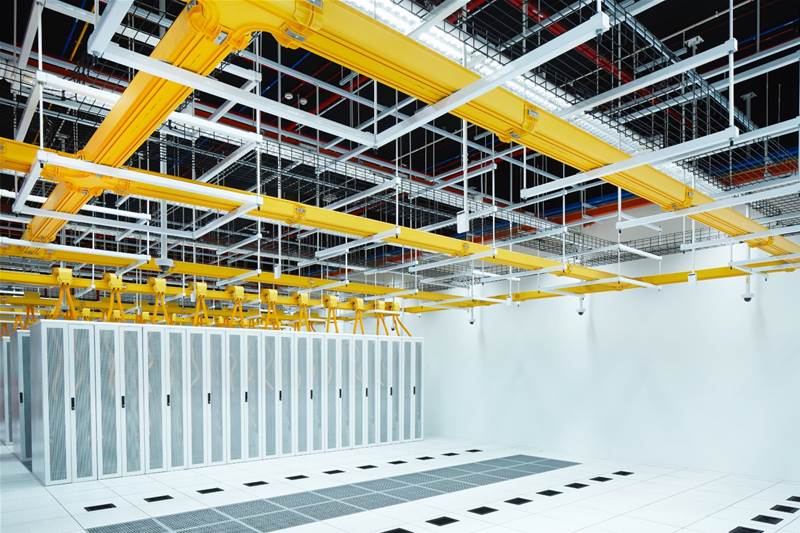 Malaysia and Indonesia have emerged as key beneficiaries of uncertainty in the data centre construction space in Singapore over the past two years that was caused by a now-overturned moratorium on new facilities being built.

The moratorium was imposed in 2019 due to environmental concerns about large data centres.

Two years later, the impact of the moratorium is now clearer: adjacent markets such as Malaysia and Indonesia benefitted from new data centre investments, while the Singapore market now faces space constraints and some uncertainty over whether it can attract new projects.

ST Telemedia Global Data Centres (STT GDC) president and group CEO, Bruno Lopez, told iTNews Asia that as one of the most attractive data centre hubs globally, many technology-centric businesses have traditionally turned to Singapore to tap into its robust infrastructure and strategic location.

“The announcement of the moratorium has clearly led to a cessation of new developments, other than those that were approved by the government prior to the moratorium," Lopez said.

“This has resulted in a shrinking inventory of available data centre space, which in time will no doubt force businesses to rethink their data centre strategy, explore alternative geographies and decentralise their business operations, which may have been focused and consolidated in Singapore."

Lopez said to meet and support the growing demand, data centre operators turned to other markets in Southeast Asia (SEA).

That position is supported by the projects currently in-train.

He added that Johor’s proximity to Singapore, which is the largest data centre market in the Asean region, was one of the considerations in choosing the site.

JLL Asia Pacific MD for data centres, Chris Street, said he had “witnessed increased interest from both local and foreign operators to enter markets such as Johor Bahru and Batam (Indonesia) as an alternative to being able to invest directly in Singapore”.

There are fears that new rules for data centre builds in Singapore may not be enough to attract large service providers and meet the pent up local demand for space.

According to the government, permission can be given for a maximum of 60MW of new capacity builds per year, in tranches of between 10MW and 30MW.

Another major condition: new data centres need to have a power usage effectiveness (PUE) of 1.3 or below (the lower the PUE number, the more efficient the data centre).

With the global trend moving towards green data centres, most new facilities have a PUE number of 1.3 or lower.

However, the industry concern is that the 60MW per year capacity constraint could be a hindrance in meeting local demand.

In 2022, Singapore topped an annual ranking by Cushman & Wakefield for data centre markets in the Asia Pacific and was also ranked second place globally, tying with Silicon Valley.

The report, however, mentioned that Singapore has one of the “tightest data centre markets” globally with vacancy rates below two percent.

Crippled supply due to the moratorium, coupled with strong demand, has driven up data centre prices since 2020, the report said.

Speaking to The Straits Times recently, the chairman of industry body SGTech, Wong Wai Meng, while welcoming the lifting of the moratorium, said the “new conditions… are still not enough to support Singapore’s pace of digitalisation”.

He was part of a closed-door virtual meeting that the government agencies had with industry trade associations to discuss the lifting of the moratorium.

Wong said Singapore had already forfeited investment that could have led “to a 200MW of additional data centre capacity during the moratorium”.

According to a report, between 2015 and 2020, Singapore saw 768MW of capacity addition in only 14 facilities, or in other words, roughly 150MW of new capacity added each year.

Still, the government and some industry players remain buoyant at Singapore's post-moratorium prospects, and its ability to retain its favoured status as a location for regional data centre infrastructure.

One of the reasons that Singapore imposed a moratorium in 2019 was because data centres are “intensive users of water and electricity”, Singapore’s Senior Minister of State, Ministry of Communications and Information, Janil Puthucheary, said in a recent statement in Parliament.

Puthucheary said the new post-moratorium measures are intended to “facilitate the calibrated growth of data centres that possess the best-in-class technologies and practices for energy efficiency and decarbonisation”.

Digital Realty’s Asia Pacific managing director, Mark Smith observed that with the moratorium being lifted in a managed manner, “we expect continued strong demand in the country with cleaner and more efficient data centres”.

He told iTnews Asia that Singapore’s attractiveness as a data centre hub can be attributed to its strategic location, excellent infrastructure, robust broadband connectivity and stable government.

“It is because of these reasons we believe that Singapore will be able to maintain its title as a data centre hub in the region,” Smith said.

JLL’s Street added that Singapore will continue to play a critical role in the regional data centre landscape as one of the largest markets in the Asia Pacific and its position as the regional connectivity hub in the Asean region.