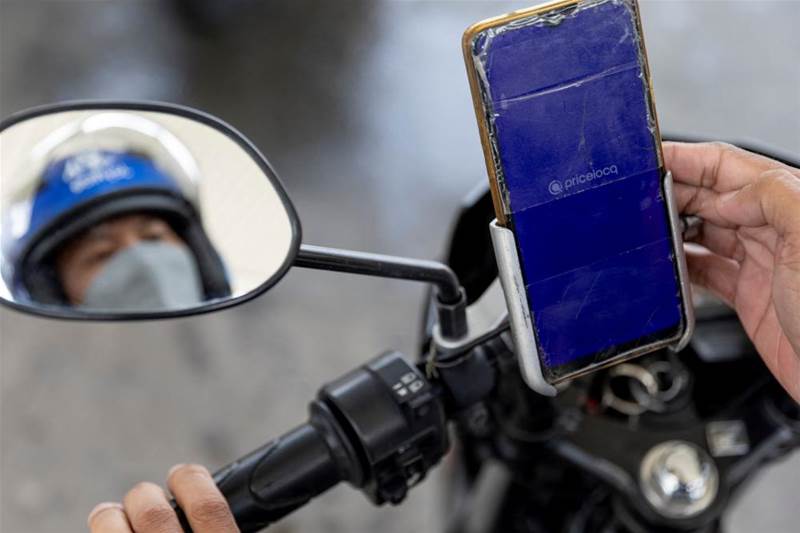 The Philippine motorcycle enthusiast John Aldwin Bagabagon rode easier than many other local motorcyclists and drivers this year as domestic fuel prices surged to record levels.

Bagabagon, 35, and his family are among 200,000 consumers turning to a homegrown app to secure credits for bulk fuel supplies at low prices, saving about 50 percent on their gasoline purchases over the past four months.

"I save a lot especially now that gasoline prices are rising weekly," Bagabagon said.

The app, PriceLOCQ, allows users to stock up on fuel at a set price by converting purchases to digital credits that are later redeemed at SEAOIL Philippines petrol stations.

Mark Yu, who launched the PriceLOCQ app in 2020 and whose family owns independent fuel company SEAOIL, says the use of the app has "skyrocketed" since prices started rising this year, especially after Russia's invasion of Ukraine disrupted global oil markets.

Gasoline sales via the app in a single day in mid-March hit 2 million litres, matching volumes for the entire month of February as consumers scrambled to get ahead of price spikes.

Half of PriceLOCQ's clients are new customers of SEAOIL, which has around 6 percent of the retail fuel market, said Yu, who is also the chief financial officer of SEAOIL.

PriceLOCQ is the only app of its kind in the region, Yu said.

Yu's personal venture, LOCQ, is behind it, and partners with hedging firms to offset the risks amid volatile prices.

The Philippines imports more than 90 percent of its annual fuel requirements.

Pump prices in the capital city Manila, an urban sprawl home to 13 million people, have risen by 30 percent for gasoline and 66 percent for diesel this year, government data shows.

Early adopters of PriceLOCQ were able in 2020 to purchase up to 600 litres of gasoline and diesel products for future refuelling at around 20 pesos per litre.

Prices now are around 79 pesos per litre.

While locking in prices in a rising market is enticing, consumers are advised not to hoard gasoline and buy according to their needs, said Bernard Flores, a Manila-based financial consultant for Pru Life UK.

Authorities have also warned customers to understand the underlying risks of using the app, including the non-transferability of the credits and the danger of buying bulk fuel and seeing prices fall.

"It’s like the stock market where you find the desired price you prefer and you lock in on it. Whatever happens, whether the prices go up or down, you are locked in," Flores said.

Many motorists remained undeterred, though, especially those on the roads as part of their job.

"If this app didn't exist, we would have a difficult time because ... we use gasoline every day," delivery worker Johnrey Omolon said.

"It's a huge help. We get to prepare (for changes) every time gasoline prices increase."