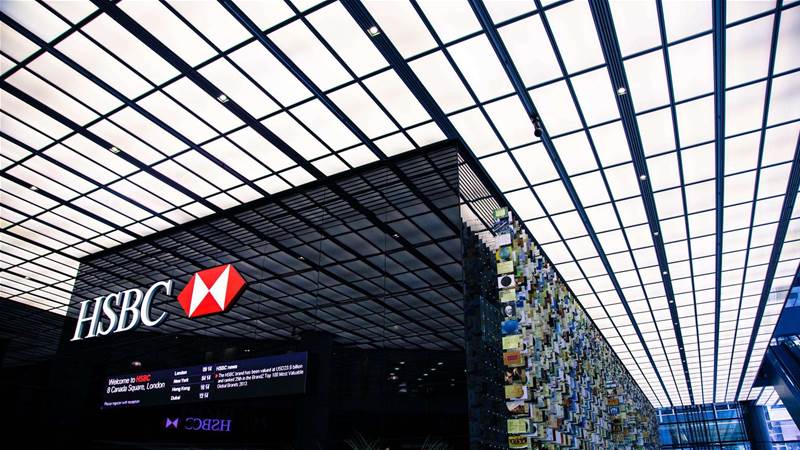 HSBC has lifted the veil on its large-scale use of intelligent automation technology, with 1000-plus bots set to process over 20 million transactions globally this year.

The global head of the bank’s intelligent automation centre of excellence (CoE) was - until last month - Manu Augustine, who sat in the Mumbai, India-based operations of HSBC EDP, short for electronic data processing.

Speaking at the recent SS&C Blue Prism World on-tour event in Singapore, while he was still with HSBC, Augustine offered a detailed view of the adoption and maturity of process automation technology within the global bank.

Eight years ago, HSBC was essentially still “experimenting with automation”, Augustine said. He didn’t necessarily want to retrace the full history but chose 2017 as a starting point that denoted production use of the Blue Prism technology at a noteworthy scale.

“We had about 200 RPA bots in 2017; today we have 1000-plus,” Augustine said, adding the thousand is an “easy to articulate” number and the actual figure is probably higher.

He added that it wasn’t so much the number of bots in production that was important, as much as the transactional load they were capable of shouldering, and the growing sophistication of the use cases.

“A lot of that was task automation; where we are today is solutions that have multiple components including RPA [robotic process automation] and a number of other solutions in the intelligent automation space.”

The bots are expected to handle in excess of 20 million transactions for HSBC this year, the same volume as they handled last year.

“20 million in any context or any kind of scenario is massive,” Augustine said.

“What it means is we have really embraced automation / RPA / digitisation. It also means when you’re handling these kinds of volumes we have to be really careful about the structures and the processes, what we do and don’t allow etc.

“Because of the nature of the business we’re in, there’s a requirement to be really clear about the security, safety and reliability of what we do.”

Augustine said more than 500 processes are automated with RPA in any given year.

Though the 500 figure remained relatively consistent, there is a lot of underlying movement: the figure is net of automations that are no longer required because they have been superseded by the implementation of longer-term “strategic solutions”, for example.

“We’ve done between 200 and 225 new automations every year for the last three years, and I would expect this year and next year to be on the same scale,” Augustine said.

“So while the 500 looks like a stable number, what it doesn't tell us is we’re dropping stuff and bringing in new stuff, and keeping the whole thing [use of automations] relevant as we go.”

HSBC had experimented with multiple ways of creating and delivering automations: from IT-led to vendor-led, to a mix of both, and now to a decentralised “citizen developer” type model where much of the work is done by subject matter experts (SMEs) across the bank.

This model is enabled by the use of Blue Prism and more broadly by the rise of low-code and no-code platforms, which enable users to visually put together automations from pre-prepared packages of code, rather than having to code the automations themselves.

“Rigorous, controlled guardrails” are in place around the tools to ensure there is some consistency and security embedded in the way business users create automation, Augustine said.

Augustine said there are “150-odd RPA configurators sitting within the business”, people who know the processes in their line of work inside out and are considered best-placed to identify and automate parts of those processes.

There is some central support for the configurators - offering mentorship and support for roadblock removal.

In addition, there is a small central team of configurators that can “step in and do urgent stuff”, though the preference is to leave the work to the specific business-based configurators and for centralised resources to play a more facilitation role.

Augustine added the configurator model is also seen outside of RPA - there are about 100 extra configurators that work with other low-code platforms in HSBC.

There is some overlap between the cohorts; “Many of these people have learned how to configure multiple low-code/no-code tools,” he said.

The result of the model - and its multi-year evolution of it - is a “broad-based delivery capability” that also offered SMEs “new career paths” - “moving from processing to using their understanding and experience of what they do in their particular processes or SME knowledge in that particular area [to apply] newly-learned [automation] skills to do things better.”

Augustine said the model had “really worked well” for HSBC.

“I think it’s a really positive model from a talent retention perspective but also really positive from the individual’s perspective around how they’re beginning to see growth in their profile, in what they’re able to do and directly influence,” he said.

Still, the CoE continues to tweak the model.

In the past couple of years, it has led to “digital awareness” activities to share what different teams are automating and how they’re approaching automation work.

“That’s probably because people are now aware of what is possible and what other people are doing, and how they can relate it to stuff they’re doing.”

The bank is also making use of process modelling and process and task mining software to discover and map processes, without requiring intensive assistance from the business.

“We’ve brought in tooling to help us discover processes, so that means you don’t need to intrude so much into an SME’s or a [function’s] BAU activity to understand what their process is about,” Augustine said.

“The tooling enables you to discover what it is. It also then gives you insights on what is automatable, where the bottlenecks are, and where you can remove rework by putting in some upfront digitisation or automation tool.

“All of this is still nascent, however we believe this is a core element of how we will do both automation and digitisation as we go forward at the bank.”

Augustine said that one of HSBC’s broader strategic ambitions is to be able to “digitise at scale” - and this could be seen in intelligent automation and other aspects of IT via a focus on “replication” and reuse.

“As an automation CoE, we are very closely involved in the automation book of work across the bank,” he said.

“We look at what comes into the book of work, and there’s the obvious discovery and assessment process to see whether it’s the right thing to do, but we also track and we have a target on how much we can ‘replicate’ every year.”

Augustine said that as of the end of June, 15 percent of the book of work is considered “replicable” or reusable.

“That’s not just RPA - it could be designing a workflow that is applicable to a market-servicing process for one market, but because we’ve invested time upfront in the design process, that first design is applicable to a bunch of markets, maybe in a regional context, maybe globally as well,” he said.

“It’s not as easy as it sounds to replicate because it implies that there’s a level of standardisation markets have to adopt.

“But there are components or elements of every design that you can actually build … that enable you to do a large percentage of replication, even where there is a serious amount of variation in the process in the next market.”