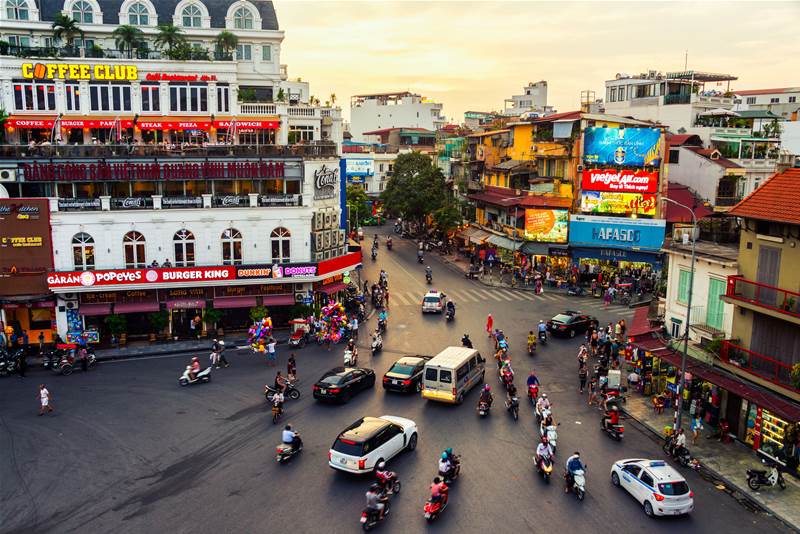 While the country is on a fast track, Vietnam’s internet infrastructure and digital payment services however remain limited, as it still lacks a legal framework for digital assets.

Vietnam’s digital economy will reach US$52 billion in value by 2025, according to a e-Conomy SEA report by Google, Singapore’s Temasek and Bain & Company.

The report noted that all sectors except travel continued to grow in 2020, of which transport and food, and online media grew 50% and 18% compared to 2019.

“This year’s seismic consumer and ecosystem shifts have advanced the internet sector in unimaginable ways, putting it in a stronger position than ever,” the report said.

Nguyen Quang Dong, Director of the Institute for Policy Research and Communication Development, said the digital service industry is recording the fastest growth led by a young and digital savvy population.

Digital technology and the digital economy will be key drivers helping the country increase workplace productivity, escape the ‘middle-income trap’, and realise the objective of becoming a middle developed economy by 2040, Dong said.

Vietnam’s internet infrastructure and digital payment services however remain limited, as the country still lacks a legal framework for digital assets, he said.

Dong also underlined the need to promote international co-operation, especially in building new regulations and enforcing them through legal frameworks for the region.

A fledgling and dynamic economy is developing

Over the last five years, with the boom of smartphones, the internet, and social networks, digital technology and digital transformation have developed rapidly, shaping a fledgling, dynamic digital economy with great potential, according to the Vietnam News daily newspaper.

The country, together with Indonesia, leads in digital economy growth in Southeast Asia.

The two pacesetters are both posting growth exceeding 40% a year.

Vietnam’s internet economy is also booming, reaching $12 billion in 2020 and recording a 38 per cent annual growth rate since 2015.

A study by the Institute for Global Leadership under the US-based Tufts University revealed that Vietnam ranks 48th out of the 60 countries and territories globally in terms of rapidly switching to a digital economy and 22nd in digitisation development.

The e-Conomy SEA report  is part of a multi-year research by Google and Temasek to delve into the digital economies of Southeast Asia. Bain & Company joined as a research partner in 2019.