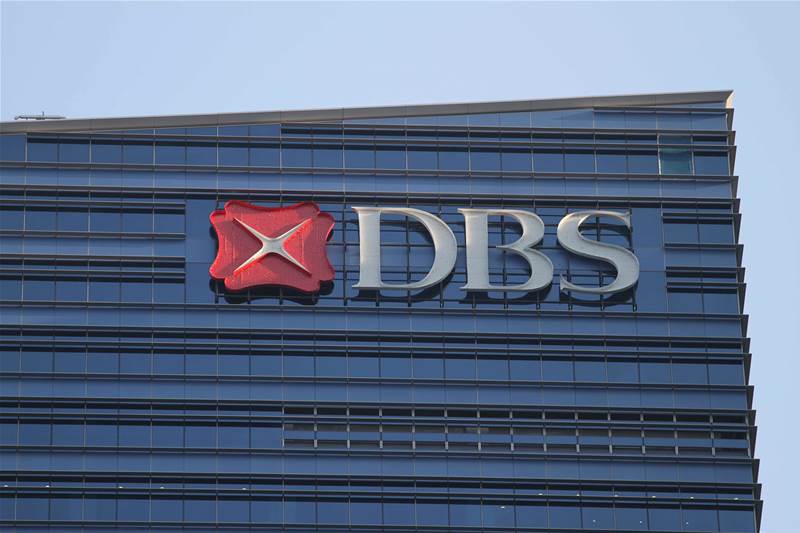 Over the next five-to-10 years.

DBS Bank has laid out some of the technologies it believes will propel its ambitions over the next decade, from blockchain and immersive technologies, to innovations that target the underlying infrastructure.

Speaking at the Huawei Intelligent Finance Summit 2022 in Singapore last week, CIO and head of group technology and operations, Jimmy Ng, said DBS today had been shaped by three waves of transformation so far.

He said the bank today has 12,000 technologists, split between Singapore, India and - from September - Guangzhou, where it will open a development centre.

“12,000 technologists comprises more than one-third of the entire bank, more than the number of bankers that we have in the bank,” Ng said.

“It really tells you that the fabric of DBS is actually quite different.

“We are more like a technology company that happens to be a bank.

“Isn’t it ironic that many of the other competitors in the field are technology companies that want to be a bank, and we are actually the reverse?”

Ng said that DBS had built its technology nous over the past decade, riding a wave of financial growth across Asia, as well as a long and detailed effort to uplift the bank onto new digital foundations.

He forecast a continuation of technology-driven efforts over the next decade that would help DBS Bank to continue what it had started.

In keeping with previously laid out strategic directions, Ng highlighted DBS’ work to date in the blockchain and tokenisation space and said those efforts would continue in “2023 and beyond” into spaces like the metaverse, and to achieve operational excellence in the blockchain itself.

An accompanying slide deck rated DBS’ maturity in the blockchain space as six out of ten.

Ng also listed other technologies that the bank is tracking. 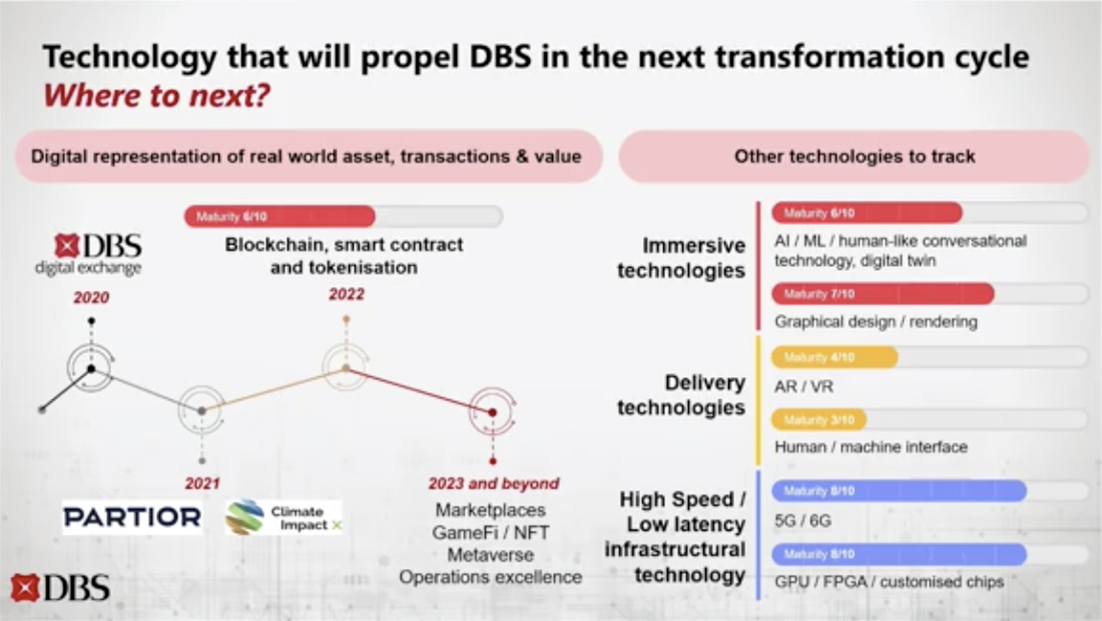 These include immersive technologies like artificial intelligence, machine learning, “human-like conversational technology” and digital twins, as well as augmented and virtual reality, and human-machine interfaces.

Also within the bank’s sights are next-generation cellular infrastructure and greater use of GPUs, field programmable and custom chips.

Ng said that “the maturity levels” of these technologies varied; in particular, he noted that the way they sit today “may not be able to give us a significant pickup”.

However, he predicted that the maturation of the technology, and convergence with blockchain, would produce interesting innovation use cases, particularly over the next five years.