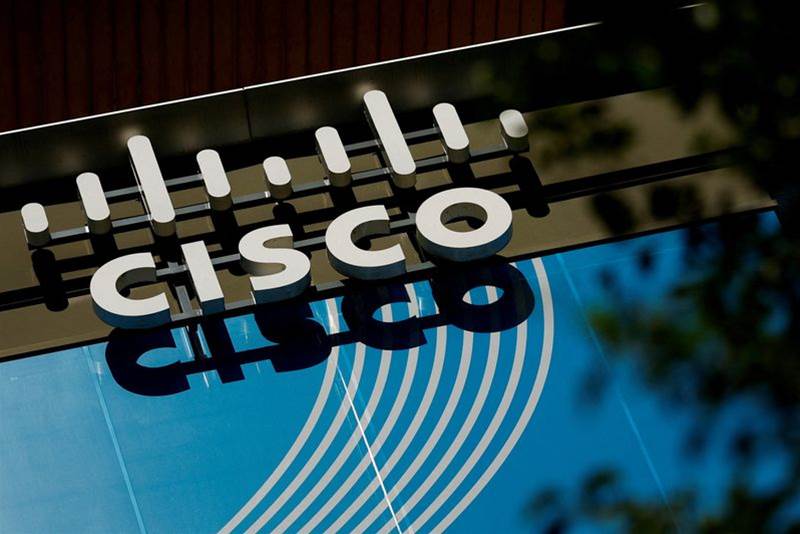 The results announced on Wednesday suggested that networking equipment makers have started overcoming the component crunch that had kept them from tapping a post-pandemic revival in digital infrastructure spending.

"After a challenging April due to the Covid-related shutdowns in Shanghai ... overall supply constraints began to ease slightly at the back half of the fourth quarter and continuing into the start of Q1," Chief Executive Chuck Robbins said on a post-earnings call.

The networking major expects current-quarter revenue to rise between 2-4 percent, while analysts predicted it would remain flat, according to Refinitiv IBES data. Annual revenue is forecast to jump 4-6 percent.

"The guide was good enough because they start lapping stronger year-ago numbers. So the guide for the year and quarter are seen as a sign of confidence by the company," Elazar Advisors analyst Chaim Siegel said.

Still, rising costs are a cause of concern for the maker of routers, switches and communication tools as it spends more on freight and logistics to ensure a steady supply of components.

After a drop in gross margins in the April-June quarter to 61.3 percent from 63.6 percent, Robbins said higher costs would continue in the short term.

That was reflected in its first-quarter adjusted profit forecast of 82 to 84 US cents, whose midpoint was below estimates of 84 US cents.

Fourth-quarter adjusted profit was 83 US cents per share, one cent above estimates. Revenue came in at US$13.1 billion (S$ 18.1 billion), beating expectations of US$12.73 billion.