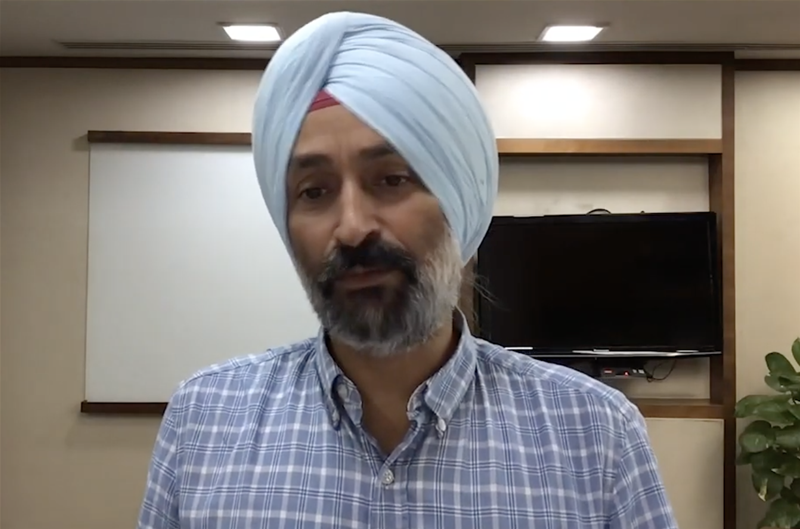 But better infrastructure will pay off in the long run.

As telecommunication operators roll out 5G networks around the world, one of the biggest conundrums they face is that while they can’t afford to be left behind in the technology upgrade cycle, the business case for 5G is still not clear.

Echoing this view, Randeep Sekhon, chief technology officer (CTO) of Indian telco Bharti Airtel, said, during a Red Hat organised state of the industry session that the building out of 5G networks would take a lot of capital expenditure (CapEx) in India, as in many other markets because the “cost of spectrum is very high”.

"I would say 5G is a tough use case or a business case in the early rounds of deployment," he said.

Airtel, with operations in India and Africa, has the third-largest subscriber base in the world. In India, the company is the second-largest service provider with around 350 million subscribers.

India will be auctioning the 5G spectrum this year for the eventual rollout of the networks in what is the world’s second-largest mobile phone market.

While presenting the Indian Budget in Parliament on February 1, Finance Minister, Nirmala Sitharaman said the 5G spectrum auction is to be concluded this year “to facilitate the rollout of 5G mobile services within 2022-23”.

Sekhon said that added to CapEx expenditure, there was also the operational expenditure (OpEx) around power and space “that will have to be spent to set up a 5G layer”.

One positive for telcos in India is that 5G will come with a larger and more rationalised spectrum allocation compared to 4G.

Sekhon said currently each Airtel tower has four layers of 4G spectrum that it needs to cater for.

“We don't by choice use four layers; it is because we have smaller tranches of the spectrum," he said.

The Airtel CTO noted that the Indian market has around 600 million to 700 million internet users on 4G.

“Users with 5G will get access to much higher capacities and much better speeds and hopefully they will be able to pay slightly more than what they pay for 4G access,” he said.

According to market analysts, the 4G subscriber base in India is likely to grow to 820 million in fiscal 2022. Overall, India has around 1.18 billion mobile phone connections.

The challenge will be filling up the bandwidth with applications “so that people are prompted to go and upgrade to a 5G phone”.

According to Sekhon, around 15 to 20 percent of the phones being sold in India today are 5G-enabled.

The use cases for business-to-business (B2B) would centre on industry 4.0 applications, he said.

According to Sekhon, this would be an even longer journey because enterprises need to find out safety, productivity or efficiency use cases; these are the pillars around industry 4.0.

"I would say paybacks for enterprises for deploying 5G networks will be the way the telcos will themselves get paid back for investment," he said.

Airtel has started testing around 15-to-20 proof of concept (PoC) use cases with enterprise customers.

Sekhon said it would be a “journey” and it will take a lot of CapEx “but we are a data-hungry market in India, and if we can get the right prices around spectrum and our CapEx deployments, we should see some upside around that”.

To a question about the open hybrid cloud, the Airtel CTO noted that the average data usage per subscriber in India is around 20 gigabytes (GB) per month.

“There are many people who use more. So in that light, it's almost unlimited data usage in a day and, as a result, managing capacities and serving them at the lowest cost becomes very important,” he said.

Sekhon said the cloud becomes a very important part of the management and cost control, especially as it helps to create a “liquid scalable network”, which can scale and can move capacities from urban areas to rural areas and provides a much smoother way of doing things.

Added to that, he said, is cloud automation and its self-healing capability and “this solves many business and operation problems, which would not have been easy to solve in the old days”.

Sekhon said in India, Airtel with its partnership with IBM-Red Hat, has built an open hybrid cloud “for very large capacities”.

"When we need large capacities, it is very easy to drop in additional capacities without having to do the things we used to do earlier that had long lead times," he said.

“I think this approach is very effective in today's time, when, despite having a global chip shortage we have had no delivery issues with almost all partners because the cloud has become very handy and an automated cloud becomes even handier when you have to drop in capacities and capabilities on the go."