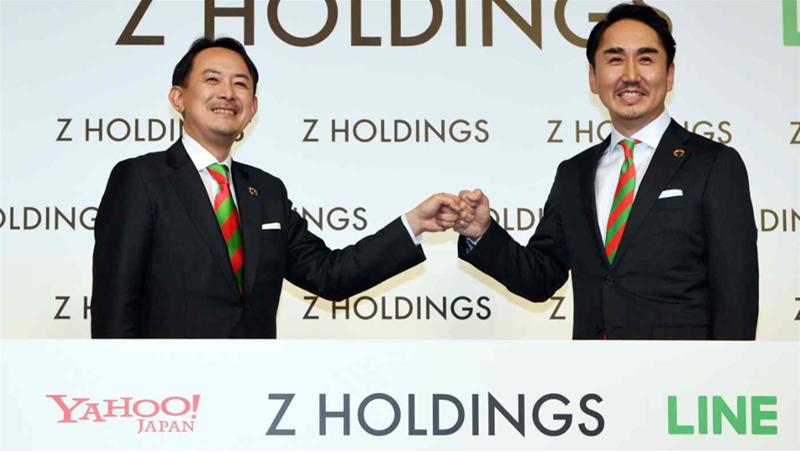 The merger will lead to a new organisation of about 23,000 employees that will offer various online services, including search, social networking, shopping and finance to a combined user base of more than 300 million people. Z Holdings currently operates Yahoo Japan.

The delay in the merger, initially scheduled to be completed in October, resulted from deferred procedures to review the deal in some countries due to the pandemic.

Talks are also ongoing to fold two of Japan’s largest digital payment services Line Pay and Pay Pay by April of next year, creating one of the largest smartphone payment services in Japan with more than 70 million users.

While Google is the predominant search engine in the US and Europe, Yahoo is Japan's most popular search engine. Yahoo Japan's website has 80 million registered users annually. Line users total 86 million per month.

Both companies intend to invest about US$4.74 billion in AI and new digital technologies over the next five years and move further into e-commerce and financial services.

"We would like to launch a global smartphone app in the future to expand online services worldwide with the help of global tech firms in which SoftBank Group's nearly $100 billion Vision Fund has invested, said Takeshi Idezawa, Z Holdings co-CEO and former Line president, at a press conference.

Kentaro Kawabe, Z Holdings co-CEO said, "We can offer a wider range of services, such as search engine, e-commerce and online financial operations, than those provided by GAFA - Google, Apple, Facebook and Amazon - with our group's total power."

Both CEOs said they want to expand their footprint across Asia, making use of Line's customer base in Taiwan, Thailand, Indonesia and elsewhere.

The deal comes at a time when Line continue to make losses at its operations. Softbank is hoping for better fortunes after ill-fated investments in WeWork and Uber. In May last year, Softbank’s Vision Fund reported that it had incurred US$17.7 billion in losses after writing down investments in both companies.