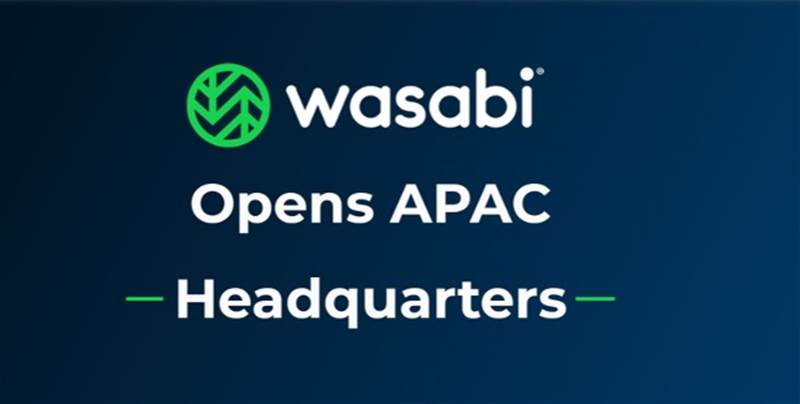 Kaz Kuroda, Vice President of Asia-Pacific and Managing Director of Japan, will lead the region for the company.

Cloud storage provider Wasabi Technologies has announced the expansion of its Asia-Pacific presence with the opening of its Japanese headquarters.

The headquarters will serve as a base for countries in the region including Japan, South Korea, Singapore, Malaysia, Australia and New Zealand.

At the same time, Colt Technology Services will provide the connectivity for Wasabi’s first data centre in Japan.

In tandem with the new headquarters, Wasabi has appointed Kaz Kuroda Vice President of Asia-Pacific and Managing Director of Japan to lead the office. Kuroda is responsible for managing Wasabi's business in Japan and throughout the APAC region.

Wasabi plans to build out its software to enable next-generation cloud 2.0 applications and keep pace with the growing demand globally for cloud storage.

"Like many regions across the world, the disruption of the last year has influenced companies across the Asia-Pacific region to revisit their technology strategy with a focus on business resilience and pandemic preparedness.

“Cloud infrastructure technology and services investments are critical components of this change," said Andrew Smith, Research Manager, Cloud Infrastructure Services at IDC. "As a result, according to IDC's Public Cloud Services Tracker, we expect revenues associated with public cloud IaaS in APJ to grow 36% in 2021, to $28.3 billion – a growth rate that is faster than any other global region."