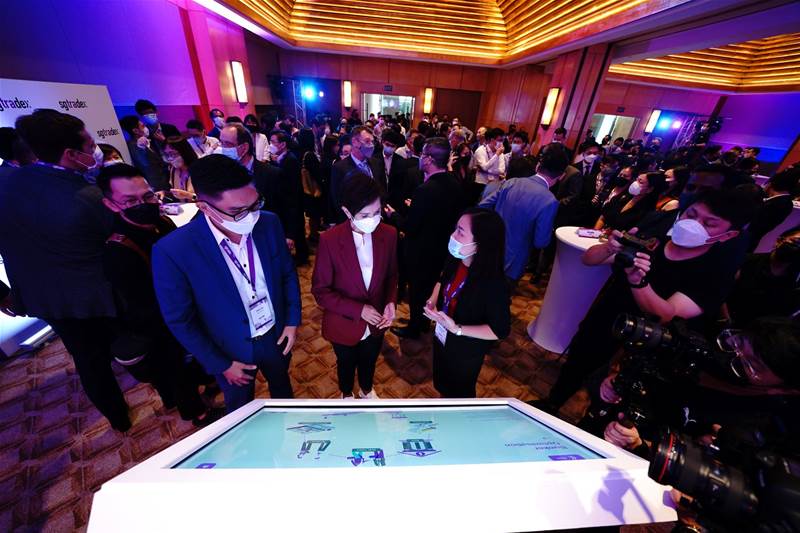 SGTraDex is a digital utility that facilitates the sharing of data between supply chain ecosystem partners in a “trusted, secure and inclusive manner”.

It is expected to unlock more than S$100 million of value for participants from three initial use cases by 2026.

This will come through cost savings from improved efficiency and productivity, optimal use of assets, faster access to financing, and other value-creating benefits.

Launching the initiative, Singapore’s Minister for Communications and Information, Josephine Teo said SGTraDex is just “one of several digital utilities that the government has been developing”.

“Similar to how physical public utilities supply essential services for the efficient functioning in our daily lives, digital utilities are foundational services, allowing people and businesses to seamlessly connect to the digital economy in a trusted and secure way,” she said.

Teo, who is also the Minister in charge of Smart Nation and cybersecurity, said SGTraDex was born out of a close partnership between the private and public sectors.

"A common digital infrastructure to ease data sharing across the customer journey” could be used to overcome operational inefficiencies, unlock value and lower business risks for supply chain sector participants.

More than 70 participants have signed up for this digital utility.

SGTraDex Services CEO, Antoine Cadoux, said digitalisation has transformed many sectors, “but in the global supply chain and trade sector, its promise has yet to materialise... The physical exchange of paper remains the norm”.

“We believe that the plug-and-play digital infrastructure we have created at SGTraDex will go a long way to make it easy for all participants to share data under an agreed set of rules,” Cadoux said.

Cadoux added that the goal was to enable “global trade to happen more quickly, more reliably, and with higher integrity”.

Giving an example, Cadoux said in a container logistics use case, one of the pain points was the limited access to timely data, “which leads to congestion at ports and various transport nodes”.

He also cited a bunkering optimisation use case, in which SGTraDex allowed a range of ecosystem partners, such as storage facility operators, barge operators, and financial institutions, to digitalise their relationships, “thus mitigating inefficiencies, building trust and strengthening trade in the sector”. Bunkering refers to the supply of fuel to ships.

Cadoux said SGTraDex builds trust and resilience in the ecosystem by allowing documents to be verified using the TradeTrust framework and distributed ledger technology.

TradeTrust comprises a set of globally-accepted standards and frameworks that support the exchange of electronic trade documents, and this is achieved through a public blockchain offering interoperability to connect governments and businesses.

It provides participants with proof of authenticity and origins of the documents exchanged on the SGTraDex infrastructure.

Cadoux noted that SGTraDex had undergone multiple rounds of testing before reaching the launch stage.

SGTraDex is also working with partners to pilot three new use cases in the coming months, on green and sustainable trade financing, reducing demurrage costs, and increasing transparency in supplies and spare parts in the maritime industry, Cadoux said.

Companies that sign up will be supported and guided on the integration, he added.

“As an incentive for early adopters, the sign-up fee for the first year is free, after which they will pay according to usage,” Cadoux said.

He added that companies could also apply for government subsidies and grants as part of the digital transformation programme.