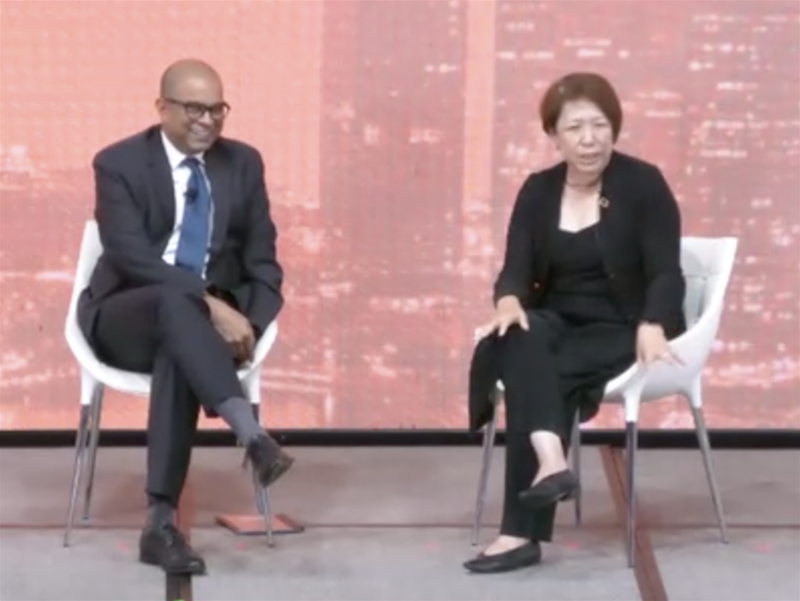 Singapore is looking through an applied lens at its investments in communications and digital infrastructure, with a focus on driving use cases, inclusion and “human capability”.

At a discussion, Senior minister of state of the Ministry of Communications and Information and Ministry of Health, Dr Janil Puthucheary, told the GSMA’s Mobile 360 Asia Pacific conference on Tuesday that the city-state’s focus is necessarily on “what can we do next, what can we do in the future”.

As 5G deployments gather pace and scale, Puthucheary said the government is backing grants to foster “new types of industries and business models [that] ride on this new infrastructure”.

He also said that as Singapore creates “digital public goods” in spaces such as payment, identity, attestation and industry-specific data exchange, it is, at the same time, taking “a proactive approach to driving the standards, the interoperability and update the regulatory space” to foster take-up.

“It’s not going to happen by chance,” he said.

Puthucheary also highlighted the “importance of human potential”, noting that it wasn’t enough to “invest ahead” in cutting-edge technologies such as quantum computing - there also needed to be a focus on applying that knowledge specifically within a Singaporean context.

“[In] quantum engineering, for example, we have a fair amount of effort trying to create the human capability through a research program, through grants around developing specific personnel, but also to drive the use case,” Puthucheary said.

“Our quantum-safe networks we’re putting up as testbeds so that these hardcore engineers that are developing the tech here in Singapore have a use case in Singapore to apply themselves to.

“It may or may not be the right bet - we think it is the right bet - but it is about creating the kind of environment where our people and the enterprises are confident that they’re at the cutting edge -  attracting talent, attracting opportunity and attracting ideas.”

He added that citizens and industry expected all of this to occur with “trust and confidence”.

“I think a marker of the success that we’ve had in the policy space around that is when it fades into the background and people just assume that this is the work that we’re going to do, as opposed to a grand new project or initiative,” he said.

Puthucheary re-emphasized the people's focus on technology and digital investments during a Q&A session.

“We talk about the digital infrastructure, the utilities, the standards that we’re setting, the international cooperation, but [as] a government, we have to find a way to translate all of that into a lived experience for our people - get people connected and then have them have a fulfilling experience online,” he said.

"That trust and confidence we’re talking about has to translate into an outcome - well, jobs - but a lived experience where they feel they’re part of this digital society, where they’re digitally included.

“So I think that’s where it’s got to come down to and where we have a marker of success and a forward agenda.”

He also acknowledged Singapore’s broader role and position in the region, and said investments and focus set the domestic economy up for growth, while also ensuring “interoperability, security and resilience for us as a nation”.

In an unscripted moment, Abdullah challenged the Singapore government to sign on and pledge to fund the ITU Partner2Connect Digital Coalition, a nascent initiative intended to get all parts of the world internet-connected.

According to an ITU dashboard for the project, two private entities in Singapore have so far pledged a total of almost US$7 million, but it appears there is no direct government pledge as yet.

“We have a program that we launched at the world telecommunication development conference in June and it’s called Partner2Connect Digital Coalition,” Abdullah said.

“It was the UN’s first-ever pledging conference on connectivity. You pledge, we work together.

We had at the end of the conference $26.5 billion US dollars worth of pledges but Singapore [government] was not in it.”

She added: “It’s very jarring not to have Singapore pledge in this program, so I’d like to do that.”

Puthucheary said “challenge accepted!” before even hearing of its nature; after it was described, he agreed to meet with the ITU later in the week.