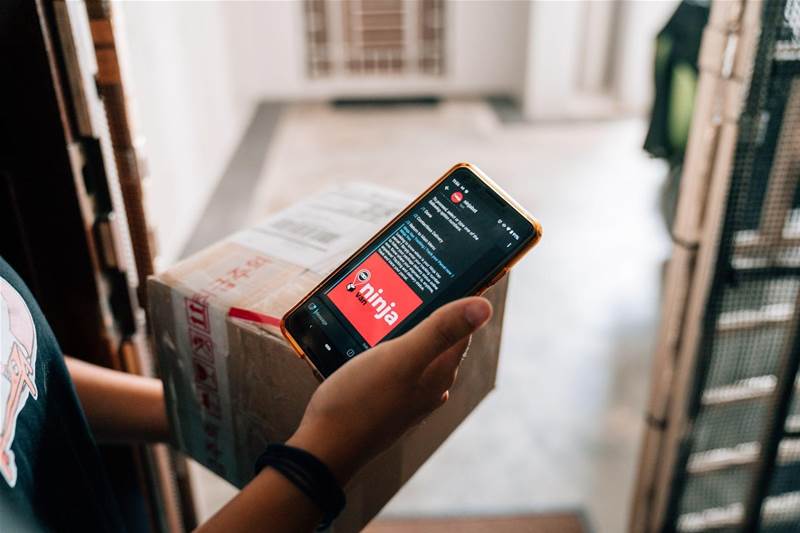 Partnership helps startup to ramp up.

With technology being the “bedrock” of its 24/7 operations, Singapore-based logistics start-up Ninja Van has chosen Google Cloud as its cloud platform of choice.

“We chose Google Cloud because of its proven ability to help us scale reliably and innovate at high velocity, as we address the region’s end-to-end logistics management needs," Chong said.

It is already the delivery partner for close to two million businesses and handles around two million parcels daily across SEA, Chong said.

With Southeast Asia’s (SEA’s) e-commerce market growing rapidly and expected to reach a gross merchandise value of US$234 billion by 2025, Ninja Van is looking to rapidly ramp up its technology infrastructure.

The co-founder said the company consistently evaluates whether it is making efficient use of its technical talent.

"This means determining how the cloud can empower our 150 engineers, developers and data scientists to build products that add value to the business, instead of spending time managing complex IT infrastructure," he said.

According to Chong, with “Google’s open cloud approach”, Ninja Van’s technical teams are free to choose the tools they need to accelerate software development and scale more efficiently – while also reducing technology risk.

He added that in order to create the company’s popular NinjaChat chatbot and “stimulate the quality and immediacy of in-person interactions”, its developers used Google Cloud’s open source and pre-built virtual agents to “bring the feature to life in a month, rather than spend three months building a machine learning framework from scratch”.

“From a chatbot that enhances customer experiences to algorithms for fuel-saving route optimisation – these are amongst the hundreds of new features released by Ninja Van each day,” Chong said.

The co-founder added that security has always been a top priority, but “as our brand becomes more visible and we connect with more third-parties after expanding upstream, we’re making a deliberate effort to strengthen how we protect our customers’ data”.

According to Chong, the demand for Ninja Van’s services has grown by three times during the pandemic.

Chong said retailers have shifted toward e-commerce strategies as opposed to selling through physical stores, especially with the pandemic forcing consumers to shop online more than ever before.

“With disruptions to the traditional flow of raw materials and finished goods, there’s also an urgent need for adaptive micro supply chains that allow businesses to ‘make where they sell’ and fulfil orders quicker,” Chong said.

Commenting on the partnership with Google Cloud, Chong said Ninja Van would continue to run all its workloads on Google Cloud, “as the team continues to play a key role in our next phase of growth”.

“Google Cloud will continue to uphold our high standards in reliability, collaboration, openness and security, as we support Ninja Van’s vision of connecting Southeast Asia to a world of commerce possibilities”, Balasubramanian said.