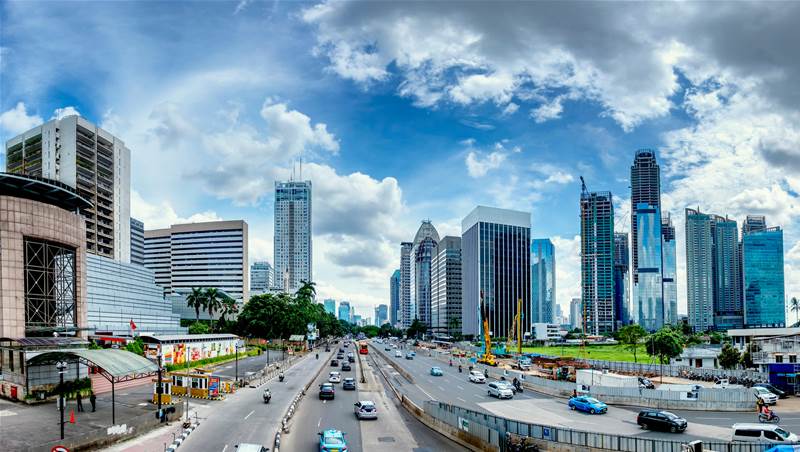 Growth will be led by spending on cloud services and from the surge in remote working.

Indonesia is expected to lead Asia-Pacific in IT spending over the next four years, buoyed by a demand for cloud-related services as the Covid-19 pandemic spurs businesses to digitalise their operations.

Indonesia’s IT spending is expected to grow at a 13% CAGR over the next few years and reach $6 billion by 2024, according to a report by Boston Consulting Group (BCG) and Cisco.

India is expected to experience the second-fastest growth with a 12% CAGR followed by Malaysia with a 10% CAGR.

The Covid-19 pandemic has boosted demand for cloud services in Indonesia as mobility restrictions have compelled companies to accommodate a remote workforce and serve greater online demand.

The Indonesian government recently relaxed requirements for private cloud providers looking to set up operations in the country.

Alibaba launched its second hyper scale data centre in 2019. Google Cloud was launched in Jakarta in 2020, and AWS is building data centres in Indonesia’s West Java province by end of this year. Microsoft also recently announced it will launch its first data centres in the country.

In terms of size of spending, Indonesia’s IT spending will be the eleventh-highest in the region by 2024. Japan is expected to have the highest spending with $155 billion and China the second-highest with $141 billion.

Overall, Asia-Pacific spending on IT is expected to grow at an 8% CAGR to $475 billion by 2024, driven by spending on public cloud services.