Conversations we need to have to get our AI adoption right

AI is not a magic wand. To capitalise on AI, companies need to drive and champion from the top, look at solving data challenges and get their governance and security in order.

Over the last decade in Asia Pacific, customers have adopted a mobile-first, video-heavy and social media-driven lifestyle that has only been further accelerated by the global pandemic. In this rapidly growing, connected world, it is imperative for Asia Pacific organisations to shift to digital-first along with their customers.

As organisations transform to become more digitised, they must also strive to become empathetic businesses – truly understanding and responding to customers’ needs and demands is critical to business success. This is where AI could play a huge role in realising these goals.

In a recent survey Juniper Networks conducted of 700 IT professionals across the globe, 95% said they believe their companies would benefit from embedding AI into daily operations, products and services, and 88% want to use AI as much as possible. In Asia Pacific, specifically, it was discovered that there is more confidence that AI will play a bigger role in enterprises moving forward, when compared to responses from North America and Europe. In fact, some 42% of survey respondents reported that 50% or more of their operational decisions today are assisted by AI decisioning, or will be soon, a number almost twice as much as those in North America (23%).

Where are the gaps?

In the trenches, IT staffers see AI as a way to help them do their jobs faster and better, and they’re gravitating toward it as naturally as consumers saying, “Hey, Alexa.”

However, only 3% of C-level executives who responded to the survey reported that they have identified a company-wide AI leader who overseas AI strategy and governance, implying that the confidence in AI has yet to translate into actions.

That’s a yawning gap, to say the least, but it has validity. In my conversations with other CIOs, I hear all the time that, as so often happens with new technologies, the C-suite is wrestling with a variety of challenges – some technical, some organisational – in marching forward with AI.

Inkwood Research previously predicted that Asia Pacific’s market for AI is expected to rise at a CAGR of 41.6% over the forecast period of 2019 – 2027. In comparison, the electric vehicle market, one of the fastest-growing markets in the world and spurred heavily by China, is only estimated to register a CAGR of 20.1% from 2019 – 2027.

This is a testament to the region’s potential and scale of AI. That said, much of that estimated growth will come from enterprises – so, clearly, broader AI adoption inside companies isn’t a matter of “if” but “when”.

Countries like China and Singapore are heading in the right direction, with Singapore registering as the number one investor of AI in ASEAN – an estimate investment of $68 per capita. Thailand, Myanmar, Malaysia, Indonesia and the Philippines continue to lag behind in AI advancement, but this goes to show that the potential for growth is immense.

In a report by EDBI, ASEAN nations could add nearly $1 trillion to the region’s GDP by 2030, if all members pick up the pace in embracing AI. So, while there is confidence from APAC enterprises that AI will play a huge role in business success and growth in the near future, in reality, many are not equipped to do so. 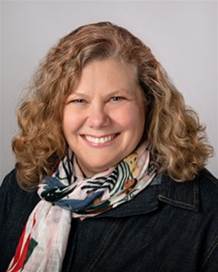 In the trenches, IT staffers see AI as a way to help them do their jobs faster and better, and they’re gravitating toward it as naturally as consumers saying, “Hey, Alexa.” However, only 3% of C-level executives who responded to the survey reported that they have identified a company-wide AI leader who overseas AI strategy and governance, implying that the confidence in AI has yet to translate into actions.

Why is there so much difficulties in adopting AI and making it stick?

An AI implementation strategy has many moving parts, and no doubt some companies feel overwhelmed by what may seem like multi-faceted obstacles to adoption. But, in fact, riding the AI wave doesn’t have to be that hard. Kick-starting AI efforts is a lot easier if companies can ask and answer four key questions.

AI is too big and important to go into half-hearted. It can’t be treated as just another to-do list item. Companies must be really intentional about AI – they have to adequately fund it, devote some of their smartest people to it and recognize that the journey won’t be easy.

CIOs have a huge role to play, but they can’t do it alone because so many of the challenges around AI go beyond their scope of influence. It helps mightily if at least two or three top executives, including the CEO, personally commit and drive the rest of the company toward AI as a critical piece of its future.

If that doesn’t happen, I expect boards of directors to increasingly push company leaders to show momentum in their AI initiatives. Better that the top executives take control of the reins first.

One of the most significant hurdles in AI adoption is all the integration challenges and technology upgrades required for AI-ready, cloud-based infrastructure stacks.

According to an IDC report, enterprises typically spend “around one third of their AI lifecycle time on data integration and data preparation vs. actual data science efforts, which is a big inhibitor to scaling AI adoption.”

In many ways, AI inherits the data and analytics challenges that companies were facing before we started calling it AI. Since many companies haven’t nailed that problem, layering AI on top of it makes it hard.

For example, data that resides in the marketing department may be stored on different systems and have different formats and quality than data in the sales department. That’s a problem for AI applications that need consistent data across the functions.

Companies must acknowledge they’ll need the right infrastructure for centralizing and expediting the work of getting all this data in AI-ready shape, without impacting the insight-yielding data science that each function may have independently undertaken. Fortunately, the technology to make this easier exists.

Aside from the technology factors, it’s critical for companies to make sure they have a workforce with the right skills to support AI. A complex topic, but let me first address the question always on people’s minds around AI: Will it take jobs?

This is often framed as an “either/or” argument – either the machines have the jobs or the humans do – but I think the reality is far more nuanced.

Many IT teams are filled with creative thinkers and problem-solvers who find themselves constantly pulled into the mire of mundane, routine work. Thanks to automation, their energies can be unlocked. Thus, AI’s biggest value is not necessarily only making life easier for IT staffers (perhaps one of the more common use cases currently, but not biggest value). It’s about enhancing the potential of all employees’ efforts by taking away rote tasks or solving problems for us humans don’t scale at.

What about people who are capable only of performing the routine tasks to be automated? For them, AI is a real threat, but also an opportunity. Here’s why:  companies will face extreme competition for the limited talent that can construct/operate AI solutions. Thus, it is in their interest to re-train existing employees as much as possible. A win-win: The employee acquires vital new skills and the company doesn’t have to look outside.

Cross-functional and executive involvement in the oversight of reputational, operational and financial risk associated with AI is crucial for successfully deploying AI. For AI to be trustworthy, bias in data must be mitigated. Whatever it does with AI has to meet the company’s own business and ethical standards. Compliance with a growing number of governmental regulations must be assured.

Though AI governance is still in its infancy, as a KPMG report put it, “leading organisations are addressing AI ethics and governance proactively rather than waiting for requirements to be enforced upon them.”

Another core issue is security, where AI models bring unique considerations. In standard software development, source code repositories are secured. But the data used in AI models sits outside that ecosystem. This demands that organisations broaden their security strategies and practices to account for the uniqueness of AI development.

By answering these four questions, companies can remove the fear, uncertainty and doubt around AI and begin enjoying the benefits of a truly game-changing technology.  Jump in – the water is warm.

To reach the editorial team on your feedback, story ideas and pitches, contact them here.
© iTnews Asia
Tags:
ai data and analytics