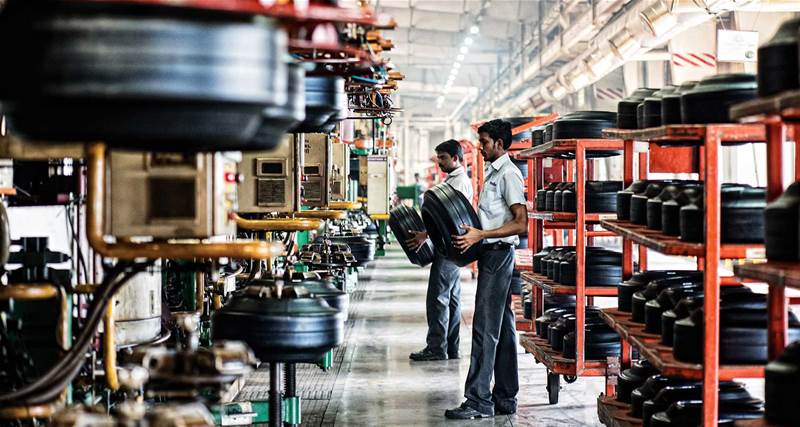 India’s Apollo Tyres is driving productivity in its factories across the world, by using machine learning (ML) to analyse data which sits in an Amazon Web Services (AWS) data lake.

Apollo Tyres head of analytics, Shailender Gupta, said the tech team at Apollo Tyres had brainstormed about how to solve the issue of data silos while at the same time supporting business users in making faster, informed decisions with trusted data which was a requirement in a modern Industry 4.0 factory environment.

“The company’s first step was to create a data lake on AWS that centrally stored the company’s structured and unstructured data at scale,” Gupta said.

He added that Apollo Tyres used a lean architecture with simple principles that are “implementable and manageable”.

Speaking at the recent AWS India Summit 2022, Gupta said this approach gave the company control over who could access or change the data and also provided support to the ML team with as many versions of data for their models as required “to learn more about variations and develop a scalable and manageable practical framework”.

He noted that in a data-driven work environment, organisations require deeper and richer insights from data of all “structures, types and sources to analyse”.

“Unlike conventional methods of storing data in storage area network (SAN) units, data lake architecture in the cloud allowed us to be free from data backups or the need to make any large capital investments in storage units… With Amazon S3’s immutable storage capability, our auditors were able to get untampered data anywhere, anytime,” Gupta said.

Amazon Redshift, a cloud data warehouse, helped to create a global dashboard for visualising production information from the data lake, “providing Apollo’s business teams and plant managers with real-time visibility into the manufacturing process”, he added.

One of the other challenges faced by Apollo Tyres, Gupta said, was the availability of data for computing.

“The best solution we found was to separate data storage from computing power, yet store the data within the vicinity of computing,” he said.

Gupta added that with the data lake architecture, “we have massive data stored in S3 in Redshift clusters”.

This, he said, helped separate computing from storage while still allowing the use of the Redshift cluster computing or Amazon Elastic MapReduce (EMR) computing to process data stored in our data lake.

With the presence of several Internet of Things (IoT) services in the architecture, Apollo Tyres was able to collect data from disparate sources, stream analytics in real-time and also leverage data migration services to sync real-time changes from on-premises databases to Redshift for batch processing, Gupta said.

The AWS IoT services used by Apollo Tyres, he added, were: AWS IoT SiteWise, a managed service to collect, store, organise and monitor data from industrial equipment at scale, and AWS IoT Greengrass, a cloud service for building, deploying, and managing device software.

Another service used by Apollo Tyres is Amazon Rekognition, an ML service that automates image and video analysis for Apollo Tyres.

Talking about the learnings from Apollo Tyres' move to a cloud-based data lake approach, Gupta recommended other companies to start with minimum viable products (MVP) that could be copied from the development environment to production.

“MVPs helped us to explore AWS better as we were able to fine-tune our architecture when and wherever needed.

“We could monitor costs and predict the annual budget for full implementation of services… Organisations can start on a ‘pay as you go' basis for a few months before moving to reserved instances,” he added.