Chipmaker Broadcom to buy VMware in US$61 billion deal 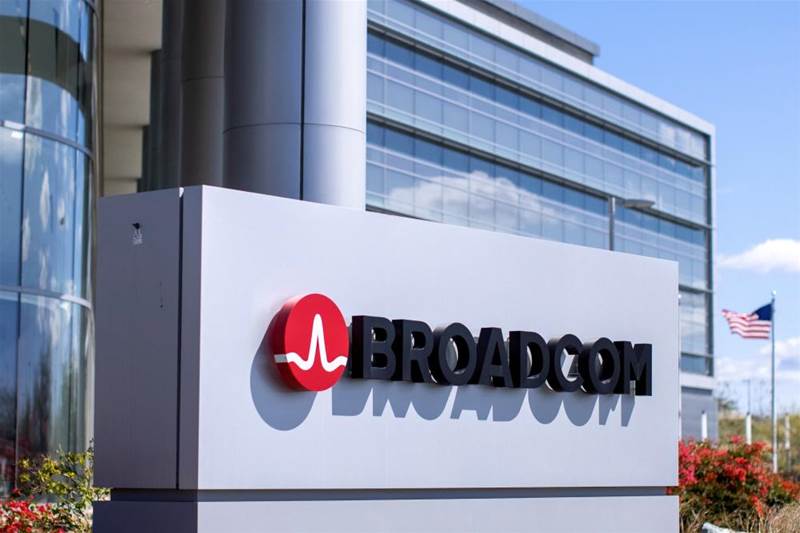 Acquisition part of bid to diversify.

Broadcom Inc said on Thursday it will acquire cloud computing company VMware Inc in a US$61 billion cash-and-stock deal, the chipmaker's biggest and boldest bid to diversify its business into enterprise software.

The offer of US$142.50 in cash or 0.2520 of a Broadcom share for each VMware stock represents a premium of nearly 49 percent to the stock's last close before talks of the deal were first reported on May 22.

Broadcom will also assume US$8 billion of VMware's net debt.

The chipmaker's shares closed up 3.5 percent and VMware rose 3.1 percent.

Broadcom Chief Executive Hock Tan, who built his company into one of the world's biggest chipmakers through acquisitions, is now bringing his dealmaking playbook to the software sector.

In one fell swoop, the deal will almost triple Broadcom's software-related revenue to about 45 percent of its total sales.

Broadcom will instantly be validated as a major software player with the acquisition of VMware, Futurum Research analyst Daniel Newman said.

"Having something like VMware ... will have a significant number of doors open that their current portfolio probably doesn't open for them," Newman added.

The deal comes at a time when there is an increased push by the Biden administration for more competition in all sectors ranging from agriculture to technology.

"The Federal Trade Commission (FTC) could be concerned Broadcom will use the acquisition to potentially bundle services or raise prices," Josh White, assistant professor of finance at Vanderbilt University, said.

"Ultimately, the FTC will want to understand if this consolidation would impact overall competition and prices, especially in this inflationary environment," White, also a former financial economist for the Securities and Exchange Commission (SEC), said.

The agreement is also a coup for Dell Technologies Inc Chief Executive Michael Dell, who spun VMware out of the computer maker last year.

They have both agreed to vote in favour of the deal.

Broadcom has already got commitments from a consortium of banks for US$32 billion in debt funding.

VMware, which said the offer was unsolicited, will be allowed to solicit offers from rival bidders for 40 days as part of the agreement.

If VMware picks another offer after this time lapses, the firm will have to pay Broadcom US$1.5 billion as break-up fee.

However, if it decides to pick another offer before this period ends, a termination fee of US$750 million must be paid.

Both the companies also reported quarterly results, with Broadcom forecasting better-than-expected revenue for the third quarter, while VMware suspended its full-year outlook due to the pending acquisition.

Broadcom's board also authorised a new share repurchase programme of up to US$10 billion.

Broadcom's pivot into software started after its attempt to acquire mobile chip giant Qualcomm Inc was blocked by former US President Donald Trump in 2018 on national security grounds.

Since then Broadcom took over business software firm CA Technologies Inc for US$18.9 billion and acquired Symantec Corp's security division for US$10.7 billion.

It also explored acquiring analytical software company SAS Institute Inc, but did not proceed with a bid.

Broadcom then went on to slash costs at the acquired businesses.

It cut the sales and marketing budgets of the CA and Symantec businesses from about 29 percent of their revenue to 7 percent.

VMware is dominant in the so-called virtualisation software market, which allows corporate customers to run multiple applications on their servers.

This business has started to slow as companies have found new tools to operate through cloud computing, pushing VMware to seek new offerings, including through a partnership with Amazon.com Inc.

Broadcom doesn't have a track record of spending big on research and development, Keith Townsend, an analyst at advisory firm CTO Advisor, said.

This could bode poorly for the launch of new products at VMware, Townsend, who also had a brief stint with VMware as an enterprise data center architect, said.

"As I talk to customers, they're in desperate need of innovation from companies like VMware."