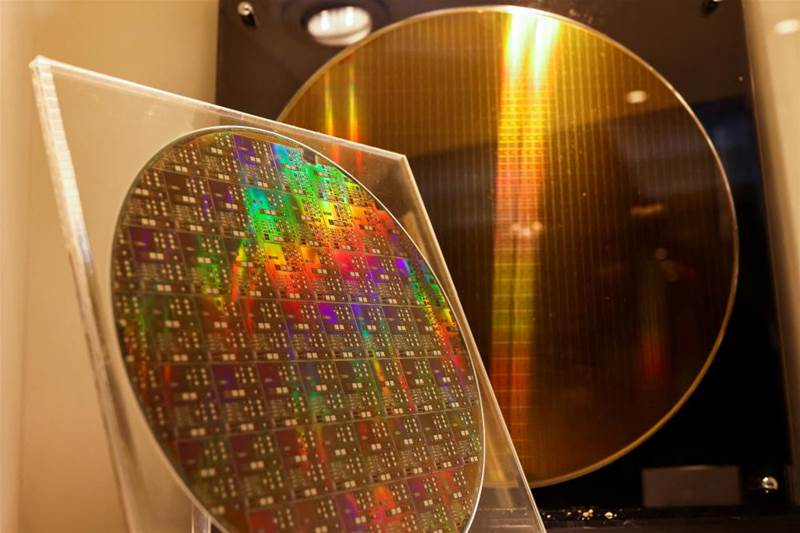 Taiwan's spy catchers have launched probes into around 100 Chinese companies suspected of illegally poaching semiconductor engineers and other tech talent, a senior official at the island's Investigation Bureau told Reuters.

That comes on top of seven companies prosecuted since the start of last year, and includes 27 which have either been raided or whose owners have been summoned for questioning by the bureau, the official said.

Home to industry giant TSMC and accounting for 92 percent of the world's most advanced semiconductor manufacturing capacity, Taiwan possesses what China needs - chip expertise in spades.

A global chip shortage and Beijing's avowed goal of achieving self-reliance in advanced chips - more forcefully promoted by Chinese President Xi Jinping after a trade war with the former Trump administration - has only intensified the scramble for engineering talent.

Taiwan responded with the creation in December 2020 of a task force within the justice ministry's Investigation Bureau - its main spy catching organisation - to tackle poaching.

Cases, where it has taken action with raids or questioning, represented "the tip of the iceberg", the official said, asking to remain anonymous so that investigations are not impeded.

The Investigation Bureau said the official's comments represented its views.

Heightened military pressure from China, which claims Taiwan as its territory, has only strengthened Taipei's determination to protect its chip supremacy - an asset also strategically important to the United States as much of its chip manufacturing is outsourced to the island.

Last month the bureau conducted its biggest operation to date - a raid of eight companies aimed at countering what it said was "the Chinese Communist Party's illegal activities of talent-poaching and secret-stealing".

China's Taiwan Affairs Office did not respond to a Reuters request for comment.

It is not illegal per se for Chinese firms to hire Taiwanese engineers.

Taiwanese law, however, prohibits Chinese investment in some parts of the semiconductor supply chain including chip design and requires reviews for other areas such as chip packaging, making it very difficult for Chinese chip firms to operate on the island legally.

Taiwanese engineers are also free to go to China, but many prefer the quality of life on the island, especially while Covid-19 restrictions make travel harder.

One case under investigation involves a firm that purports to be a Taiwanese data analysis company but which authorities believe is an arm of a Shanghai-based chip firm sending chip design blueprints to China, according to the official and another colleague who spoke with Reuters.

In mid-March, after nearly a year of surveillance, the bureau summoned the firm's owner for questioning. The owner has since been released on bail, they said, declining to identify the company as charges have yet to be laid.

Other tricks employed include incorporating units in tax havens such as the Cayman Islands, making it harder to identify money inflows from China.

Beijing-based Starblaze Technology, an integrated circuit (IC) design house, has been accused of running an R&D centre in the tech hub of Hsinchu without approval.

It allegedly conducted job interviews via Zoom and used a Hong Kong company to handle payroll and insurance, according to court documents reviewed by Reuters. The trial is ongoing.

Tongfu Microelectronics, a Chinese state-affiliated company, was accused of having an illegal office whose employees received salaries in US dollars in offshore accounts wired via a Hong Kong-based subsidiary. The defendants were found guilty in January.

Starblaze and Tongfu did not respond to Reuters' requests for comment.

While it is difficult to compete on salary, local firms aim to provide more secure long-term career development and perks such as daycare centres, massages and gyms on-site, said an executive at a Hsinchu chip company, declining to be identified.

Those willing to be poached risk not finding work again at Taiwanese tech firms as well as public shaming. Several senior TSMC executives who went to work for SMIC in China have been branded as traitors in the Taiwanese press.

Authorities are also working to increase penalties for poaching. Maximum prison sentences are set to be increased to three years from one year and maximum fines from US$5200 to US$520,525.

In a related move, the government has proposed making the leaking of core chip technologies a breach of national security law.

But there are concerns that tougher rules might hinder President Tsai Ing-wen's drive to build a supply chain spanning materials to chip manufacturing.

"What if we put off legitimate foreign investors and damage our national economy due to overly strict regulation?" said the Investigation Bureau senior official.

"It's a dilemma and we need to strike an appropriate balance in between."