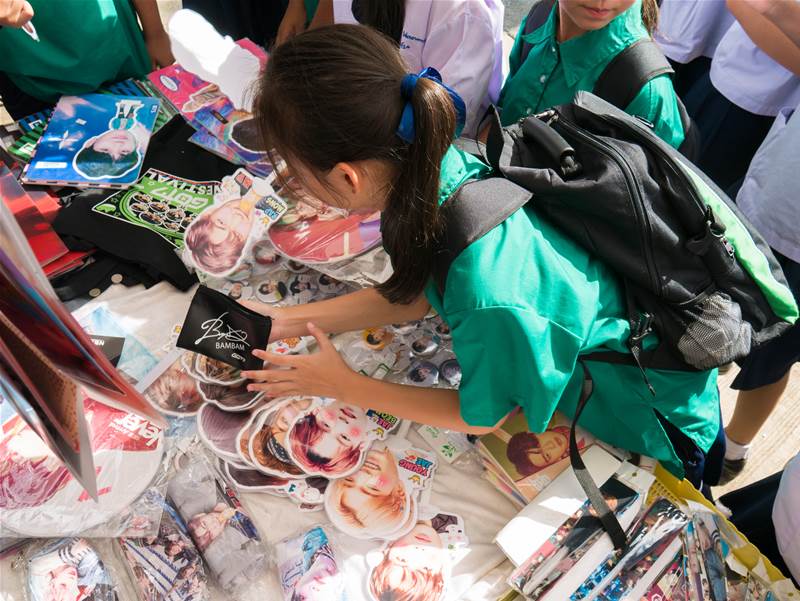 Five Asian countries – Korea, Singapore, China, Japan, and Hong Kong – have stayed resilient during a pandemic year and are now ranked among the top 15 most innovative economies worldwide.

South Korea has been ranked among the top five in the Global Innovation Index (GII) 2021 for the first time and the highest in the APAC region.

Singapore, which previously led for seven straight years, maintains its eighth position, with three other Asian economies joining in the top 15: China (12th, up from 14th), Japan (13th, up from 16th), and Hong Kong (14th, down from 11th). Having been amongst the top 10 most innovative economies over the past 14 years, Singapore topped in the indicators of high-tech manufacturing and high-tech exports, and also scored highly in the 'Investment' pillar and capital raising.

The GII 2021 is published by the World Intellectual Property Organisation (WIPO), a specialised agency of the United Nations. It ranks world economies according to their innovation capabilities measured over roughly 81 different indicators across three broad stages of the innovation journey – science and innovation investments, technological progress, and socioeconomic impact.

South Korea scored highly this year in global brand value, and cultural and creative services exports, indicators which enabled its economy to climb the ranks from its previous 10th position to its current 5th in GII 2021.

The top four economies globally for this year remain unchanged from last year, with Switzerland in the 1st position, followed by Sweden, the United States, and the United Kingdom. 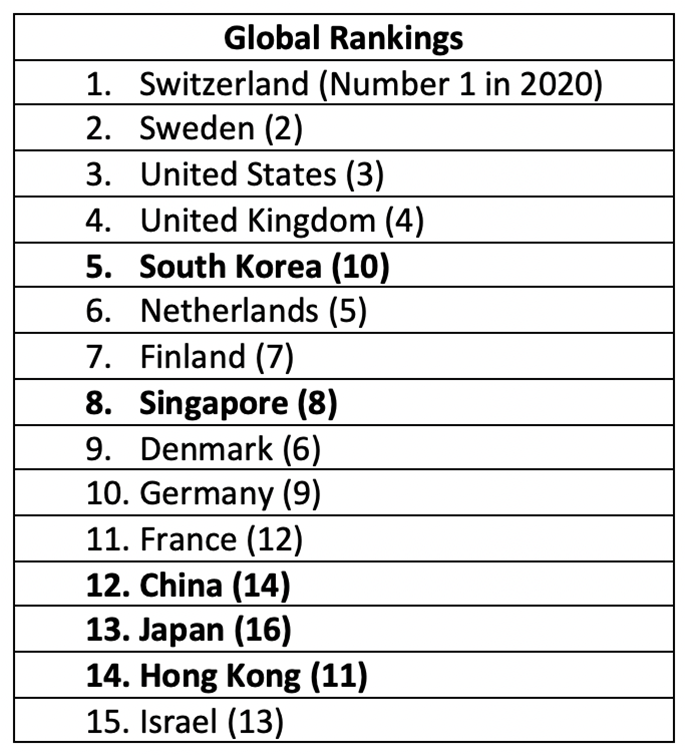 The index found that governments and enterprises across the globe have scaled up investments in innovation despite the human and economic impact of the COVID-19 pandemic, demonstrating the increasing awareness that new ideas are crucial to overcoming the pandemic and for ensuring post-pandemic economic growth.

Asia Pacific has been the most dynamic region in 2021

The regions leading the global innovation landscape continue to be North America and Europe, although the innovation performance of Asia Pacific has been the most dynamic in the past decade – making it the only region closing the gap with the leaders.

China remains as the only middle-income economy to make the top 30 and moves up to 12th position from 14th. Since 2013, China has moved up the GII ranks consistently and is knocking on the door of the top 10. The number of China's patents by origin, scaled by GDP, is now higher than those of Japan, Germany and the United States.

Malaysia dropped three spots from 33rd to 36th. The country scored reasonably well in market sophistication and human capital research, but was weighed down by infrastructure.

Thailand moved up from 44th to 43rd and leads in R&D financed by the private sector while Vietnam dropped two spots from 42nd to 44th, although it has been making steady progress in the indicators of market and business sophistication, Vietnam is credited with enabling small businesses access to credit and microfinance loans. The country also has a young, talented workforce with science and engineering backgrounds. 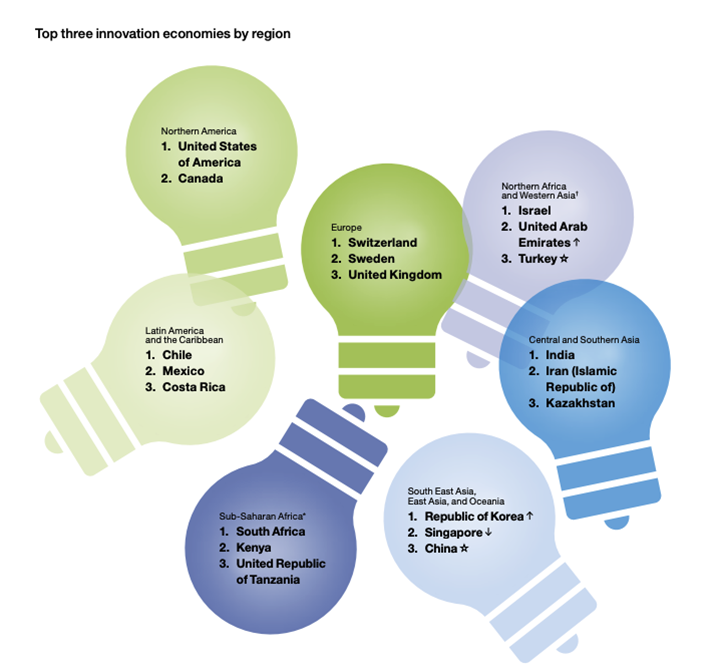 India, which was ranked 81 in 2015, continues to ascend from 48th to 46th this year. India leads the world in ICT services as an export indicator. The country also ranks well for domestic industry diversification and the number of graduates in science and engineering.

“The GII shows that although emerging economies often find it challenging to steadily improve their innovation systems, a few middle-income economies have managed to catch up in innovation with their more developed peers", said Former Dean and Professor of Management at Cornell University, Soumitra Dutta.

“These emerging economies, among other things, have been able to successfully complement their domestic innovation with international technology transfer, develop technologically dynamic services that can be traded internationally, and ultimately have shaped more balanced innovation systems”.

Since its inception in 2007, the GII is published annually and has been used by governments to shape economic policymaking as well as design policy responses to improve their performances.