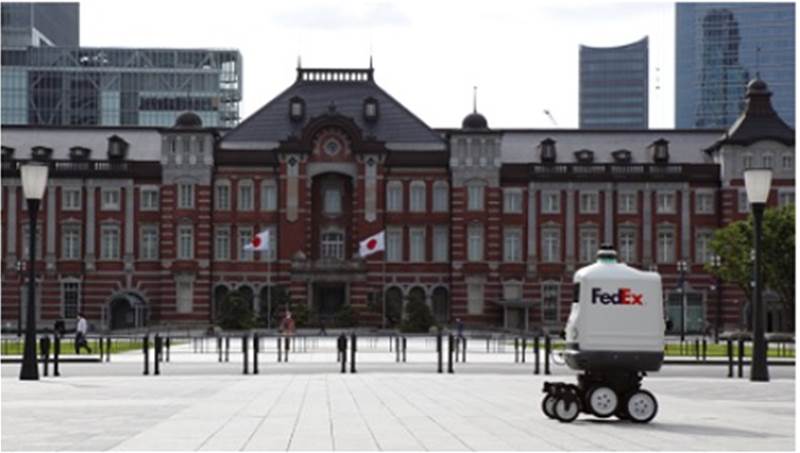 Is this the future for delivery? The autonomous delivery robot is best used during the last mile where it is less cost efficient for a delivery driver.

For the first time in APAC, FedEx Express is bringing and testing its autonomous delivery bot Roxo to Japan this month and exploring opportunities to bring the device to more markets.

Roxo is designed to travel on sidewalks and along roadsides and aimed at safely delivering smaller shipments to customers’ homes and businesses. Its features include pedestrian-safe technology and uses advanced technology such as LiDAR and multiple cameras, allowing the battery-powered bot to be aware of its surroundings.

These features are coupled with machine-learning algorithms to detect and avoid obstacles, plot a safe path, and allow the bot to follow road and safety rules. Proprietary technology enables Roxo to navigate unpaved surfaces, curbs, and to even climb some steps.

“As we sit at the intersection of physical and digital networks, Roxo brings a glimpse of the future of logistics, where customers can enjoy same day, contactless delivery services at their doorsteps. With businesses of all kinds embarking on digital transformation, we look forward to collaborating with future-ready companies to advance delivery services in Japan and elsewhere in Asia Pacific,” said Kawal Preet, President (Asia Pacific, Middle East, and Africa), FedEx.

Roxo takes inspiration from Segway, but not meant to replace drivers

Roxo is designed to be used in a three-to-five mile radius of a retailer’s location. The bot was developed in collaboration with Deka, which produced the Segway. The bot uses DEKA’s established iBOT electric wheelchair base which is capable of negotiating rough terrain, traversing steps, and steep inclines. 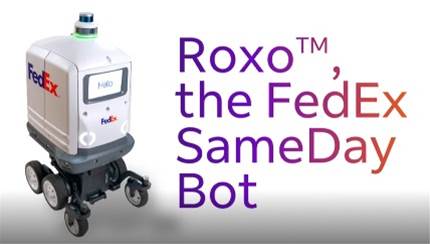 Its sensors maintain 360-degree awareness of its surroundings and uses artificial intelligence, or AI, to choose the safest path or course of action. Roxo also uses signals, lights and a signalling screen that clearly communicate its directional intent.

Besides Japan, Roxo has undergone testing in the U.S. to generate data to ‘train’ the self-driving software and validate safe performance, in compliance with all applicable safety regulations and guidelines. Since 2019, the device has been tested in Memphis, where FedEx is based, in the US to see how well it could safely navigate its route and comply with regulations. It was also tested in Manchester, New Hampshire, and the Texas cities of Plano and Frisco.

The launch of Roxo in the US was first announced at NBC’s The Tonight Show and was initially met with a cold reception from the New York mayor, Bill de Blasio, who feared delivery workers losing their jobs.

However, FedEx has clarified that the goal of Roxo is to allow more retailers to more efficiently complete same-day and last-mile deliveries to customers and addresses deliveries that are not cost efficient for a delivery driver. The bot is not suited for “high density delivery routes involving several stops and a truckload of packages,” FedEx said.