Global IT Spending on track to surpass $4 trillion this year 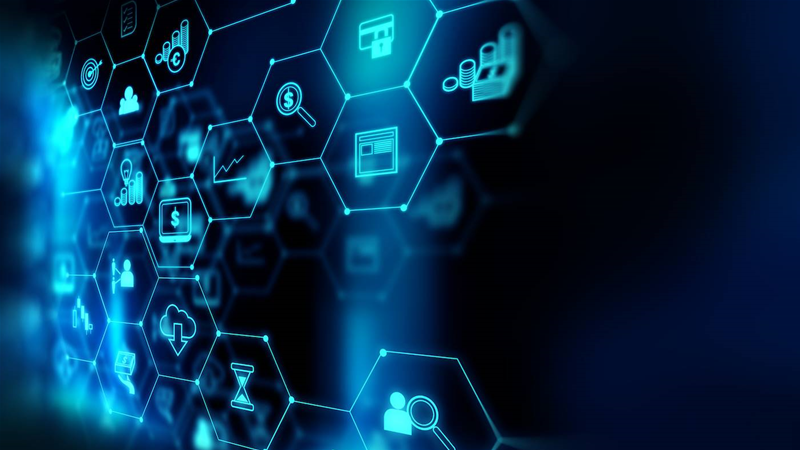 Businesses are redoubling investments in IT, but their spending patterns are continually shifting. 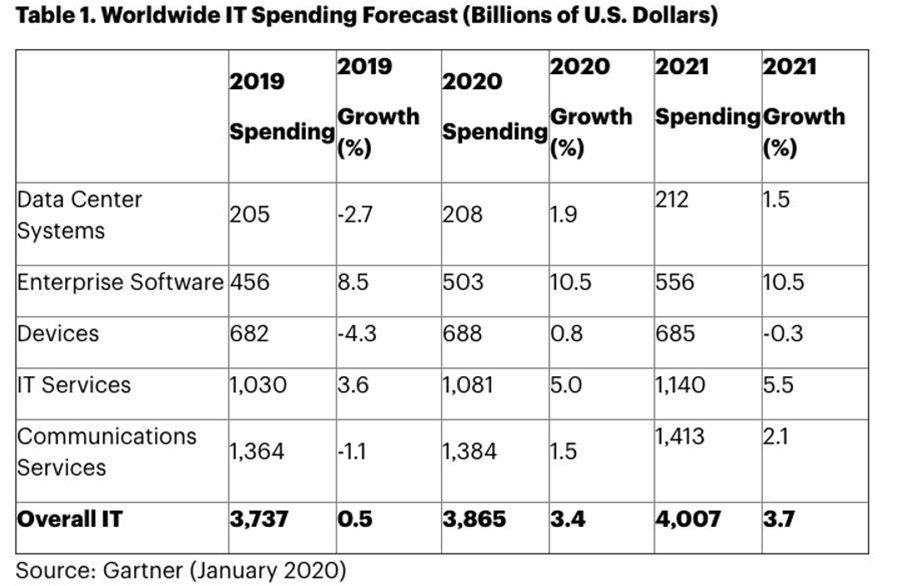 Worldwide IT spending is projected to total $3.9 trillion in 2020, an increase of 3.4% from 2019, according to the latest forecast by Gartner, Global IT spending is expected to cross into $4 trillion territory this year.

“Although political uncertainties pushed the global economy closer to recession, it did not occur in 2019 and is still not the most likely scenario for 2020 and beyond,” said John-David Lovelock, distinguished research vice president at Gartner.

“With the waning of global uncertainties, businesses are redoubling investments in IT as they anticipate revenue growth, but their spending patterns are continually shifting.”

Software will be the fastest-growing major market this year, reaching double-digit growth at 10.5% (see Table 1). “Almost all of the market segments with enterprise software are being driven by the adoption of software as a service (SaaS),” said Lovelock. “We even expect spending on forms of software that are not cloud to continue to grow, albeit at a slower rate. SaaS is gaining more of the new spending, although licensed-based software will still be purchased and its use expanded through 2023.”

Growth in enterprise IT spending for cloud-based offerings will be faster than growth in traditional (noncloud) IT offerings through 2022. Organisations with a high percentage of IT spending dedicated to cloud adoption is indicative of where the next-generation, disruptive business models will emerge.

“Last quarter, we introduced the ‘and’ dilemma where enterprises are challenged with cutting costs and investing for growth simultaneously. Maturing cloud environments is an example of how this dilemma is alleviated: Organizations can expect a greater return on their cloud investments through cost savings, improved agility and innovation, and better security. This spending trend isn’t going away anytime soon.”

The headwind coming from a strong U.S. dollar has become a deterrent to IT spending on devices and data centre equipment in effected countries. “For example, mobile phone spending in Japan will decline this year due to local average selling prices going up as a result of the U.S. dollar increasing. The U.K.’s spending on PCs, printers, servers and even external storage systems is expected to decline by 3%, too,” said Lovelock.

Despite last quarter showing the sharpest decline within the device market among all segments, it will return to overall growth in 2020 due to the adoption of new, less-expensive phone options from emerging countries. “The almost $10 billion increase in device spending in Greater China and Emerging Asia/Pacific is more than enough to offset the expected declines in Western Europe and Latin America,” said Lovelock.